Speaking Monday on FS1’s Speak for Yourself, former Eagles quarterback Michael Vick was asked a simple question: Will Carson Wentz fail in Philadelphia?

His answer was clear.

“He will fail in Philadelphia. I think, just the bar has been set so high by Nick Foles,” Vick said. “Regardless of when he came in, he did what he did. They won the Super Bowl. Now, it is a ceiling that has been set. Along with Carson Wentz’s character, which has been questioned at time by his teammates and the public, it just makes it difficult for him. He is just fighting an uphill battle continuously week-in-and-week-out. To win, be a good teammate — it is a lot. That takes a lot on you and from you to handle that responsibility. On top of that, you got a guy who probably go down as one of the greats of all time in Nick Foles and you have to chase that? That’s difficult.”

There is a lot of truth to Vick’s assessment of the situation. Wentz is being held to the standard that Foles set. The Foles statue outside of Lincoln Financial Field makes that clear. As the Eagles have found out since the start of last season, winning the second Super Bowl is in someways harder than winning the first. Doug Pederson, Howie Roseman and other key players on the team are viewed as fighting for the second one. Wentz, fair or not, is viewed as fighting for his first. If winning the Super Bowl is the bar Wentz has to get to, and has to win two to pass Foles, that is going to be an extremely tough task. 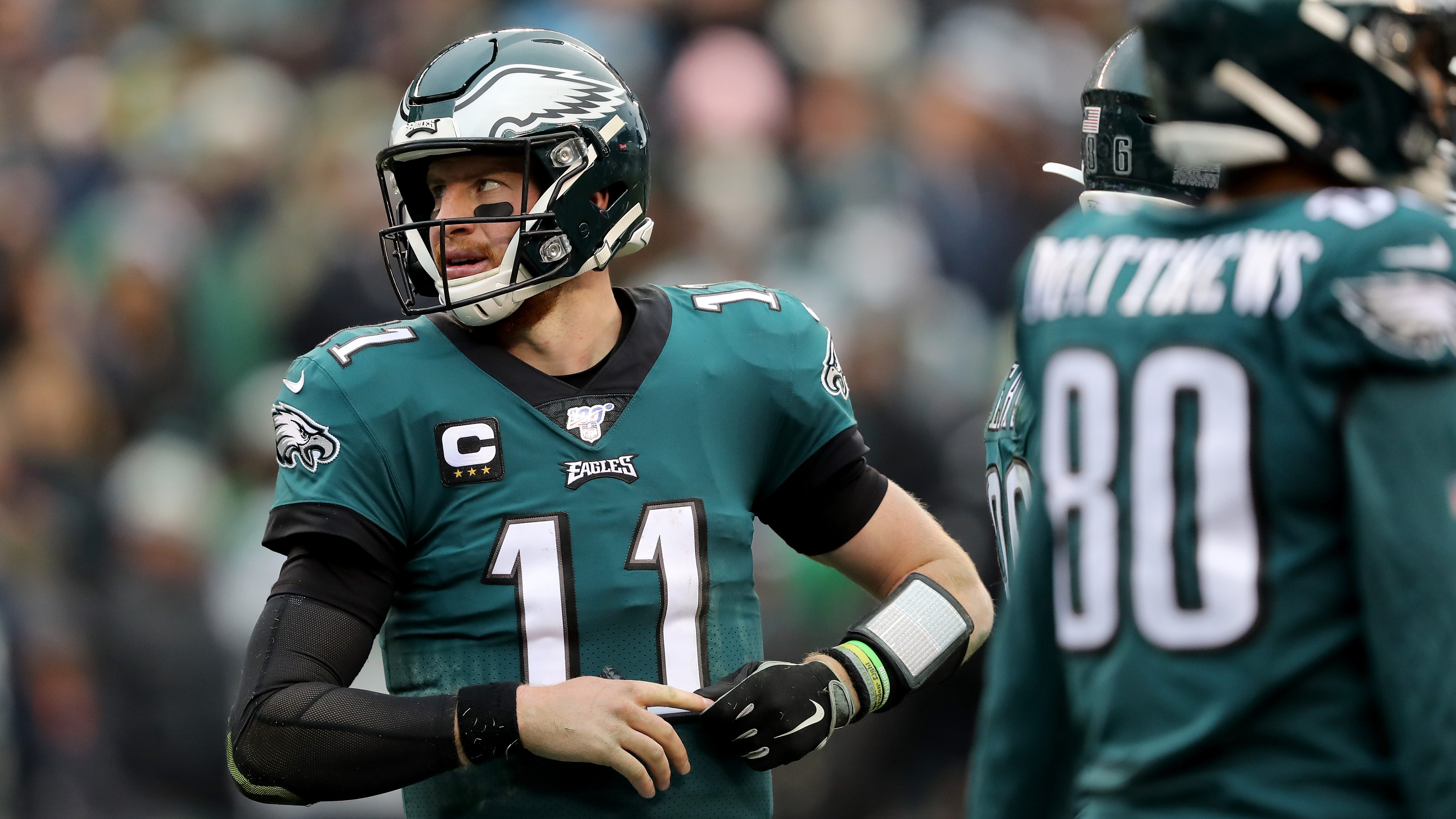 Vick’s comments come the day after Wentz had arguably the worst game of his career, a loss to the Seattle Seahawks where he turned the ball over four times and struggled throughout the game. The loss, the Eagles’ second in a row, dropped them to 5-6.

The good news for Wentz is that the Eagles’ season is very much alive. Foles made a name for himself over the last two seasons by saving the season in the final stretch run.

Wentz has a chance to do just that if he can win the next three — all winnable games — and then beat the Cowboys in Week 16.