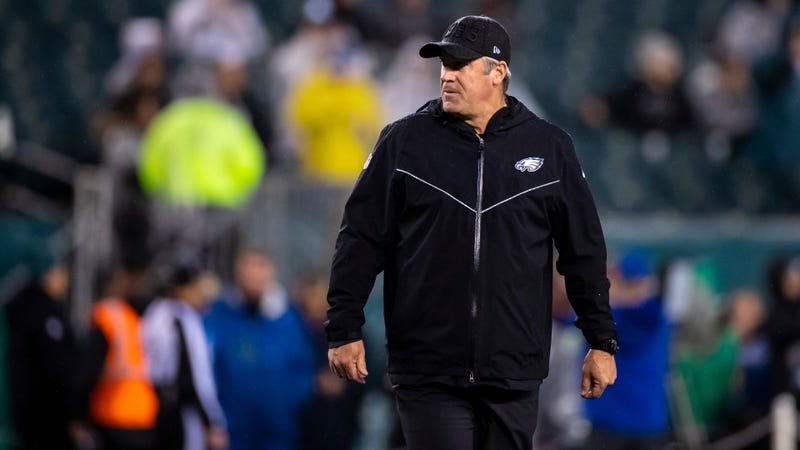 The Eagles got their biggest win of the season on Sunday -- but at least one fan really just wants to talk about next week.

Following the Eagles' win over the Dallas Cowboys, a fan snuck into head coach Doug Pederson's press conference and tried to ask him about potentially playing Eli Manning next week when the team travels to New Jersey to face the Giants.

Here is the hilarious video:

VIDEO: “This will be on SportsCenter” -Doug Pederson

It would appear a fan got lost on his way out of the Linc...@6abc pic.twitter.com/UMpZZsztbL

The fan was quickly escourted out and Pederson's press conference went on.

Just another crazy moment in what has been a wild -- but quickly becoming successful -- season.