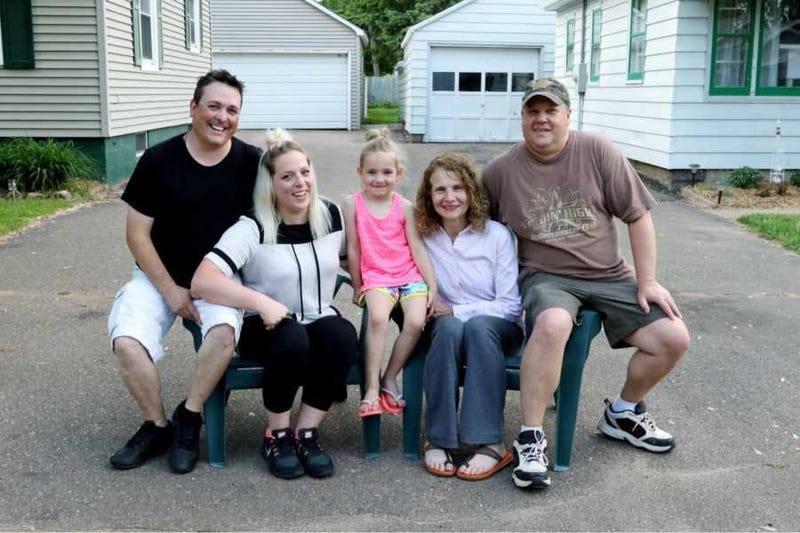 Neighbors Dawn Johnson and Hillary Harris were shocked when they found out just months after first meeting -- that they are actually sisters!

Hillary was adopted as a baby. In college, she began researching her birth parents and learned she had half-siblings.

When Dawn moved in next door, she connected her last name and where she was raised in Wisconsin, and wondered if she could be the long-lost half-sister she had been looking for. Hillary ran just a few questions by Dawn -- like her father's name and where she grew up -- and her instincts turned out to be right. They were indeed related!

In a blog post on Love What Matters, Hillary says she was a little nervous to call Dawn, but knew she had to — "my heart was pounding... and before I could even get out that I knew who my father was, Dawn blurted out 'You and me have the same father!' My heart literally burst."

The two now enjoy learning more about their biological families. Dawn and Hillary’s daughter Stella have even developed a relationship too.

These sisters separated for so long are now getting closer than they could have ever imagined -- starting with their shared driveway!