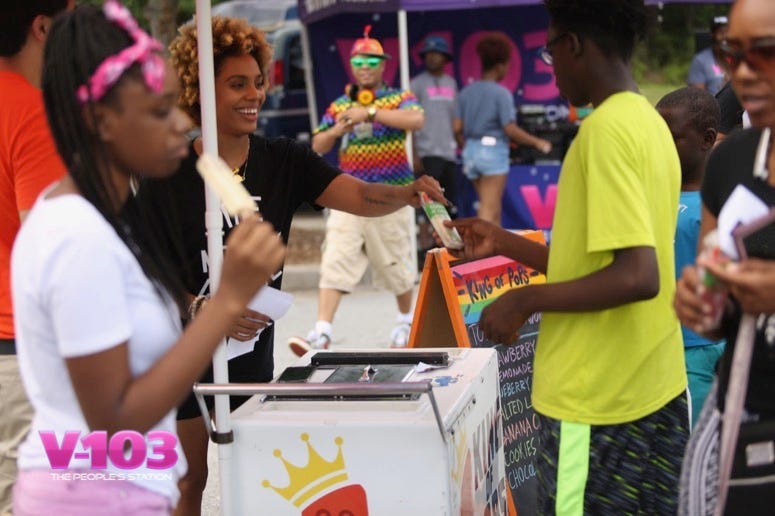 From punk to rock to pop -- Belinda Carlisle has consistently stayed a part of the soundtrack to our lives, something she chalks up to the fine people she's had the chance to work with over the years.

Ahead of her recent performance for WCBS-FM, they had the chance to talk with the former Go-Go's singer turned solo-superstar backstage about what it was like for her to come into her own as part of one of the most influential, all-female, rock bands of the early '80s.

"I've been lucky to work with some of the best songwriters in the world. I'm lucky that I have this amazing back-catalogue, for the most part written by amazing writers," admits Carlisle, noting musical heavyweights Rick Nowles ("Heaven Is A Place On Earth", "Circle In The Sand") and Diane Warren ("World Without You", "I Get Weak").

Belinda began her career in the early eighties as 1/5th of the California punk rock group The Go-Go's, putting in her time as part of a hard working rock band before becoming the pop sensation we all remember her as today.

"Well, the Go-Go's came from the punk scene -- if it hadn't been for the punk scene I don't think the Go-Go's could have existed," says Carlisle about her DIY roots. "That was a different time in music when a lot of it came out of the garage and off the streets. So, the Go-Go's people don't realize especially now in this age when you can just go on a TV show and it's instantaneous, is we put ourselves together and we were on the road at one time for a year and a half straight. So we definitely paid our dues.

After a few one off reunions with her fellow Go-Go's, Carlisle admits that's just not something the band has planned again for the near future.

"We just did Hollywood Bowl for three nights... if something really special comes along, we'll do it. But I can't see touring anymore."