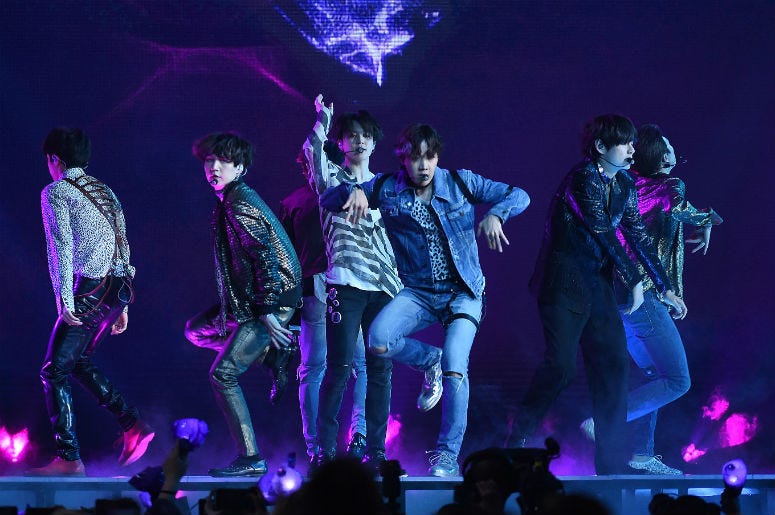 K-Pop superstars BTS are known for their own jaw-dropping dance moves. But what happens when they’re put to the ultimate dance challenge and asked to show off moves from other iconic artists?

Well, when we caught up with BTS backstage at the Billboard Music Awards this past weekend, we showed them some music legends, like Michael Jackson, Beyoncé, *NSNYC, and more, and asked the Bangtan Boys to recreate some of those iconic dance moves.

Of course, just hours after we caught up with the guys, they showed off their own incredible dance moves when they performed “Fake Love” during Sunday’s Billboard Music Awards.

“Fake Love” is of course the group's most recent hit, off their new album, Love Yourself: Tear, which has already broken sales records since its release last week. You can get your copy (as if you didn't already have it) by clicking here.

Want more from the biggest boy band in the world? Don’t worry! Keep checking back because we’ll have more from our time backstage with BTS soon.

UP NEXT: BTS Confirms Collaboration with Zedd Is Coming!

Meanwhile, BTS has already worked with The Chainsmokers, Steve Aoki, and many others, so we asked the guys to confirm the rumors of a collaboration with Zedd: