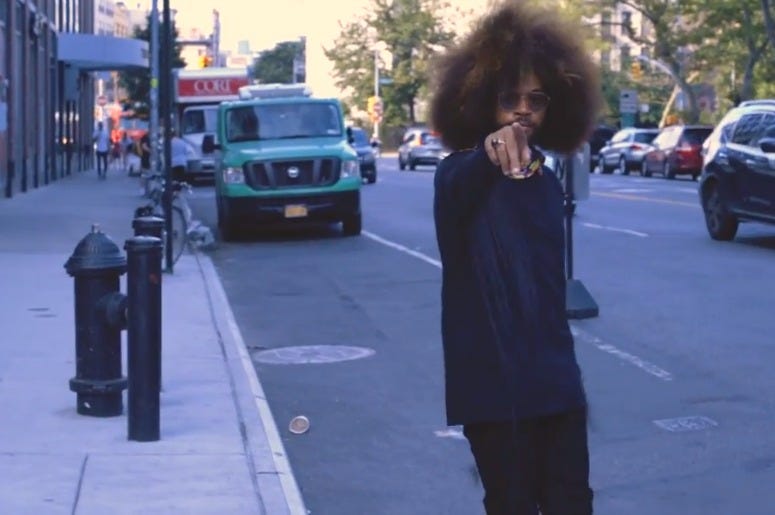 Ever wonder what a Lenny Kravitz, Prince and MGMT collaboration might sound like? Well, now you can and his name is Just Loud. Born in Virginia, Just Loud got his start at a young age singing and entertaining in his small country church. While he was on the path to follow in his father’s footsteps, his 70s-inspired, funkadelic soul was always destined for stardom.

Just Loud brings something to the music space that we haven’t seen in decades. Mixing elements of soul, funk, and rock he takes us back in time, but with a modern spin. Not just a music artist but a true entertainer in every sense of the word, with a stage presence and a musical range that will get you on your feet dancing and at the same time send chills down your spine. You can’t quite put Just Loud into any music category because of his unique sound, but whatever it is, we need more. He calls himself a “collector of sound” and while at first that might not make sense, it all comes together in the music. Just Loud’s debut single “Electrified” hit over 1 million streams immediately upon release, take a listen, the music speaks for itself.

He cites Heavy D as a major influence in his life but not because of his music, because of the advice he gave him.  “It’s ok to be weird. You are weird, but you’re like a Prince m***** f*****. They don’t understand you, but it’s gonna work out.”

While Heavy D may have affected Just Loud differently than most, his biggest musical inspiration is Tina Turner. When asked who he would want to collaborate with, his one and only “right now” is Tina Turner. So, Tina, if you are reading this, let’s make it happen!

We will work on Tina Turner, but in the meantime, if you want to have a musical awakening, you must go see Just Loud when he is in your city as he will be touring with Dirty Heads this fall. And mark your calendars as his debut album is slated to be released November 16th and is available for pre-order now.