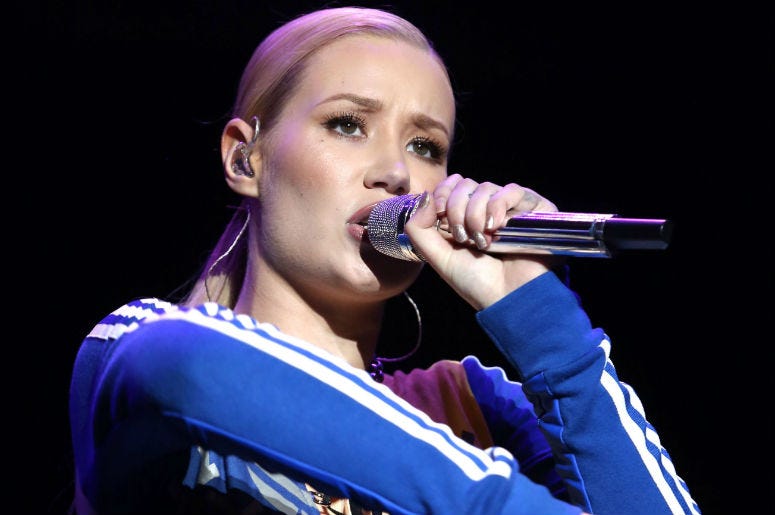 Over the last five years or so, Iggy Azalea has worked with some of hip-hop and pop's biggest stars, including Quavo and Ariana Grande. So when we caught up with Iggy recently, we decided to play a celebrity-filled game of Three Words with the "Fancy" singer.

So which three words will the Australian rapper use to describe Ariana Grande? How about Quavo? Or her latest single, "Savior?" Watch it below:

Wait, didn't she actually use three words to describe Ariana Grande? OK, Iggy, we'll let it slide since we know what Ariana's favorite emoji is now.

Iggy's latest single, "Savior," is available right now. You can also check out the song's music video, which dropped in March, here:

"Savior" is the lead single from the 27-year-old's upcoming album, Surviving the Summer. We don't know much about the album, but we'll let you know when our new BFF, Iggy, shares info on its upcoming release.