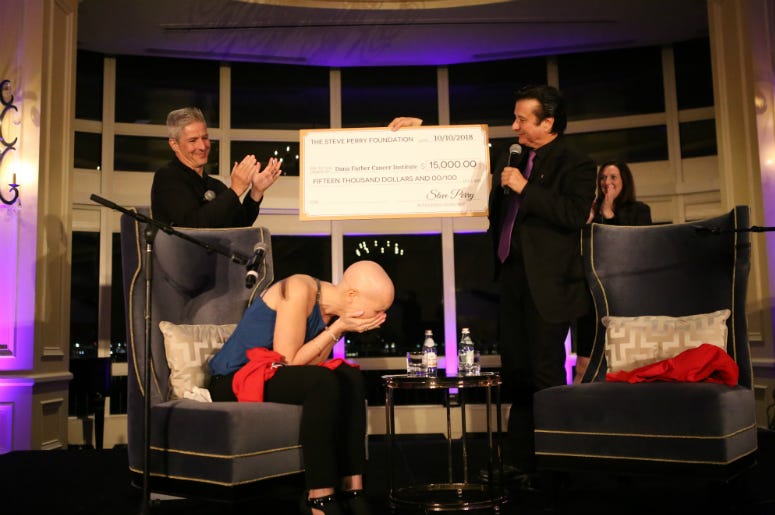 Steve Perry is back to doing what he and his legions of fans love. With the release of Traces, the former Journey frontman has made his triumphant and highly-anticipated return to music.

The singer has been very open about why he returned, saying that it was his late girlfriend, Kellie Nash, who made him promise before she died that he would end his long public and professional absence. Nash, who met Perry through Hollywood director Patty Jenkins, lost her battle with breast cancer in 2012.

Now enter Erin O'Malley and her connection to Perry, Nash, and Jenkins. The radio.com on-air personality in Boston is battling cancer herself, and uses Wonder Woman as inspiration for her fight. Of course, Jenkins directed Wonder Woman, so when O'Malley had a recent interview with Perry to promote his new music, inspired by his love's battle with cancer, something magical happened.

Get your copy of Perry's latest release, Traces, by clicking here.