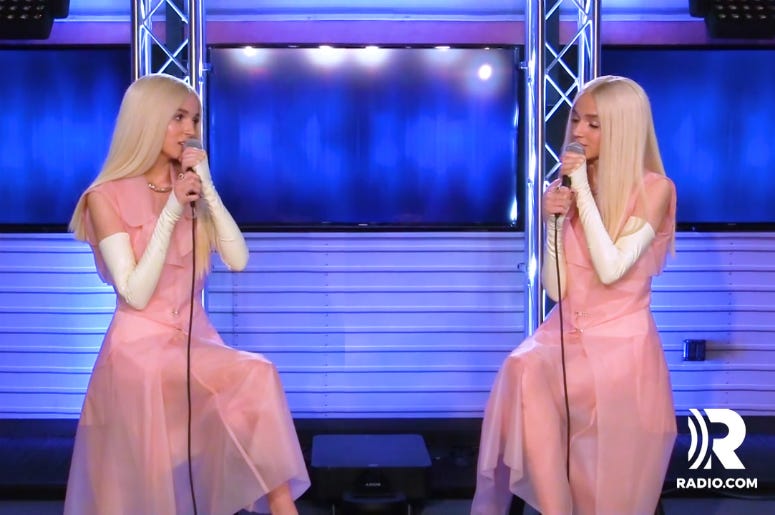 She’s Poppy. A cross between an android and a human – a small, doll-like, YouTube sensation -- the most confusing being we’ve seen before our very own eyes. For those of you who might not be familiar with her, she loves fame, making incredibly strange videos and has a robotic aura about her that we find oddly endearing. To be honest, whatever she is we don’t care because we love her for it.

When we found out Poppy was coming to our studio to talk about her upcoming album, Am I a Girl? so many questions entered into our minds.

Is there a real human underneath this character?

What do you ask a half human - half android?

Is this really happening?

Alas, we figured there was only one person who would really get to the bottom of this, and that is Poppy herself. Just to take this all one step weirder, we went back to nineteenth-century French novelist, Marcel Proust’s infamous Proust Questionnaire. And this is what happened when history met the future.

After all, we can all agree that Doritos really do equal happiness.

Poppy’s new single Time Is Up is " target="_blank" rel="nofollow">out now and her new album Am I a Girl? is out October 31st. But if you are as obsessed with her as we are, feel free to join the Church of Poppy. It’s not a cult, she promised.