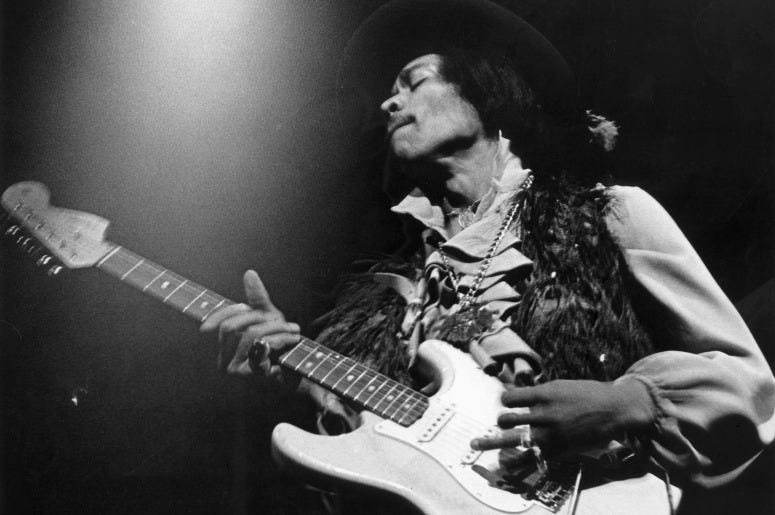 The Experience Hendrix Tour will hit the road again in 2019, once again featuring some of the most talented guitarists paying tribute to Jimi Hendrix.

The critically acclaimed show featuring multiple artists had it's first-ever performance at the Rock & Roll Hall of Fame in 2000, and since that time has morphed into a full three-hour concert presented around the country. The show is played by some of the best guitarists around, and played for excited audiences wherever the show stops. The concert showcases not only the wide-ranging influence of Hendrix, but also presents the various artists collaborating and re-interpreting some of the great songs penned and performed by Jimi Hendrix.

The line-up for the next tour has been released and Joe Satriani will rejoin the show after a few years away. Making his debut with the tour will be original Metallica member and founder of Megadeth, Dave Mustaine. Satriani will be on hand when the tour kicks off March 3rd in Florida, and he couldn't be more excited, saying "The Experience Hendrix tours are always so much fun" according to a release. "The camaraderie between all the musicians on the show is magical. I'm so excited to play some deep Hendrix tracks in a power trio setting with Doug Pinnick (King's X) and Kenny Aronoff!"

For his part, Dave Mustaine exclaimed, "An innovator and legendary musician. I am beyond honored to do my part in this tribute to the immortal Jimi Hendrix, and want to thank ['Experience Hendrix' tour producer> John McDermott for inviting me to play along such mind-blowing guitarists as Joe Satriani, and a personal favorite of mine, Eric Johnson. See you there!"

Other notable axe-slingers on the upcoming tour include Jonny Lang, Eric Johnson, and Ernie Isley, with whom Hendrix played with in The Isley Brothers. Also on the tour is, David Hidalgo and Cesar Rosas of Los Lobos and Taj Mahal.

"The tour is more than a series of concerts. It's a celebration of a man whose amazing gift changed the face of music and informed an entire culture" says  Jimi's half-sister, Janie Hendrix.

You can see the complete Experience Hendrix Tour itinerary below.