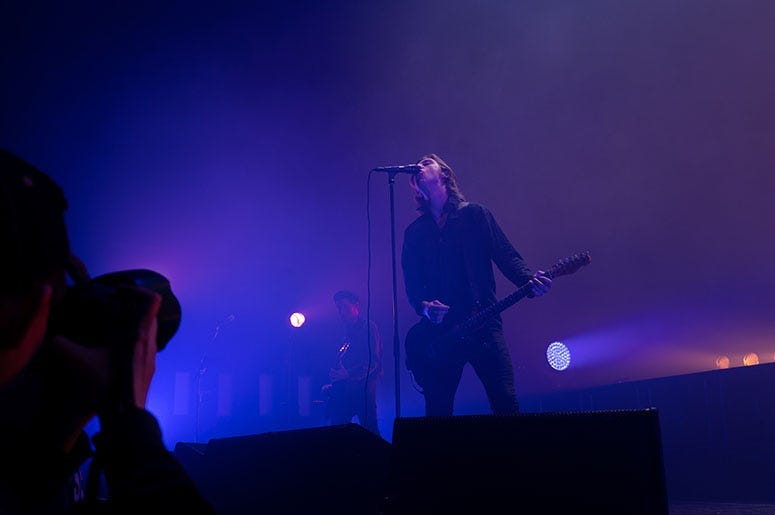 The newly reformed Fleetwood Mac featuring new members Mike Campbell of Tom Petty and the Heartbreakers and Neil Finn of Crowded House, made their debut today on The Ellen DeGeneres Show. The band performed two songs for the lucky crowd, "The Chain" off of 1977's Rumours, and "Gypsy" off of 1982's Mirage.

Calling them "one of the most iconic bands in music," Ellen spoke with the band in between songs, allowing Stevie Nicks to properly introduce the new members and spill some details about their upcoming tour, set to begin in October.

Ellen then surprised the audience with tickets to the band's show at the Forum in Los Angeles and announced that she will be giving away tickets to EVERY SHOW on the band's tour -- so you better set your alarms for the Ellen Show (or just visit her website)!