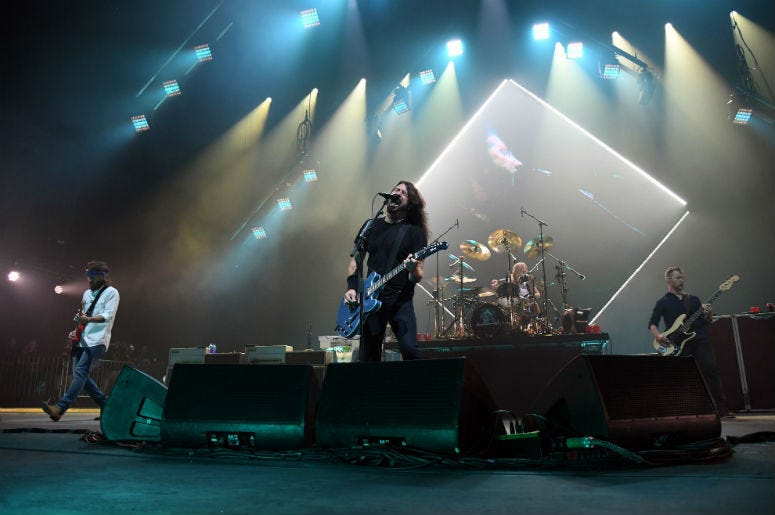 The Foo Fighters have been having a lot of fun bringing talented audience members onstage to come jam with them. Just look at what happened when they brought on the famous "KISS Guy" to play "Monkey Wrench" during their show in Texas!

But now, the Foos have another memorable character, and he goes by the nickname "Little Fonzie." He's an 8-year-old musician who is quite the stickmaster when seated behind a drum kit, as proven by his three-minute drum solo. It reached the point to where Dave had to get Little Fonzie's father to step in to give the drums back to Taylor Hawkins.

"Dad, come get your kid. We have a couple of more songs we've got to do."

But even after Little Fonzie gets off the drums, he still takes his time leaving. It's only until Dave bribes Little Fonzie with a Coke that he steps offstage.

Watch Little Fonzie take over the Foo Fighters' show below!