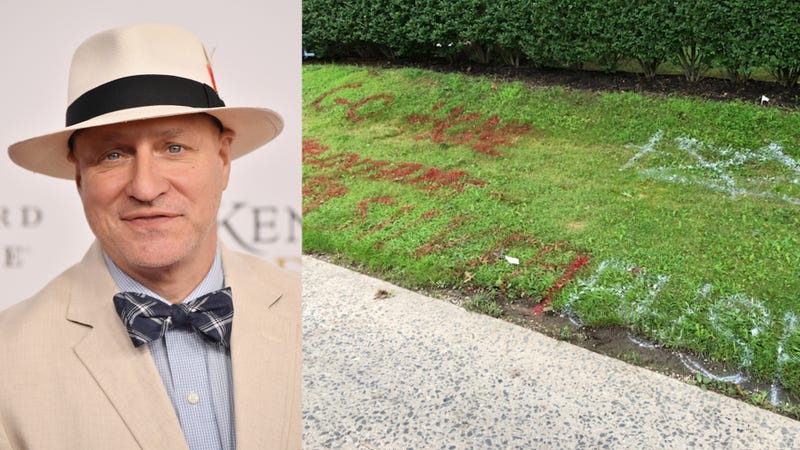 Suffolk County Police said his mailbox, lawn and driveway in Mattituck were spray painted with political and religious symbols.

Colicchio and his wife, Lori Silverbush, tweeted they discovered the graffiti on Tuesday.

This was in response for putting a @perrygershon yard sign up. What say you @leezeldin also my wife’s name a cross and a Jewish Star pic.twitter.com/vFKIJPaJhD

Police say "TRUMP'' was written in red paint on the mailbox. "Cuomo(equals)Death to America'' with a hammer and sickle was painted on the street and grass. "Cynthia Nixon, Go Home, Silverbush and Padhma'' and a star were painted in white.

Colicchio tweeted he believes the incident was in response to his displaying a sign supporting the Democrat who is running for Congress against Republican Rep. Lee Zeldin.