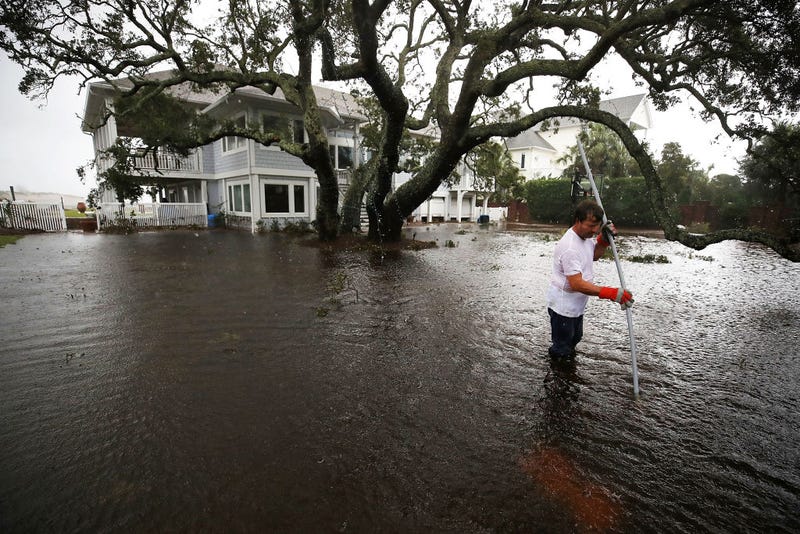 Hurricane Florence was downgraded to a tropical depression on Sunday,  but the destruction and devastation in parts of North and South Carolina are clear to see from these photos of the storm

At least 13 people have died since the storm made landfall on Friday, and The National Weather Service Weather Prediction Center warned on Sunday of the risk of "catastrophic, life-threatening flash flooding" due to excessive rainfall in North Carolina and parts of South Carolina and southwest Virginia.

Photos of the destroyed homes and submerged roads paint a harrowing picture of what residents are dealing with. 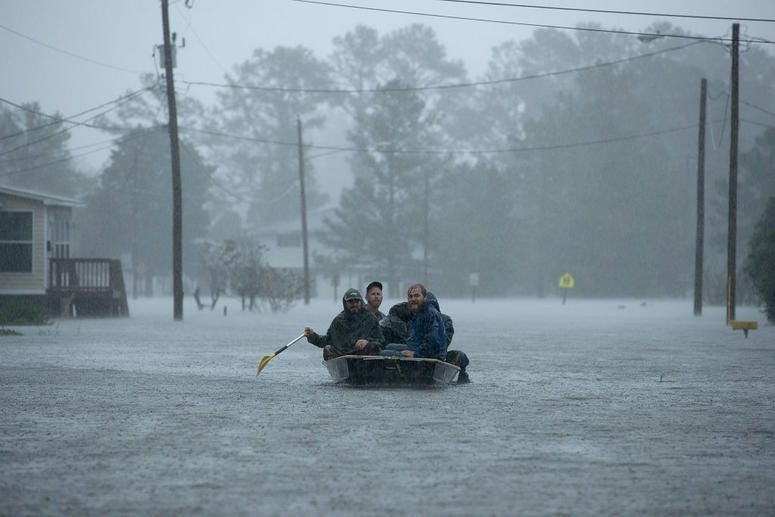 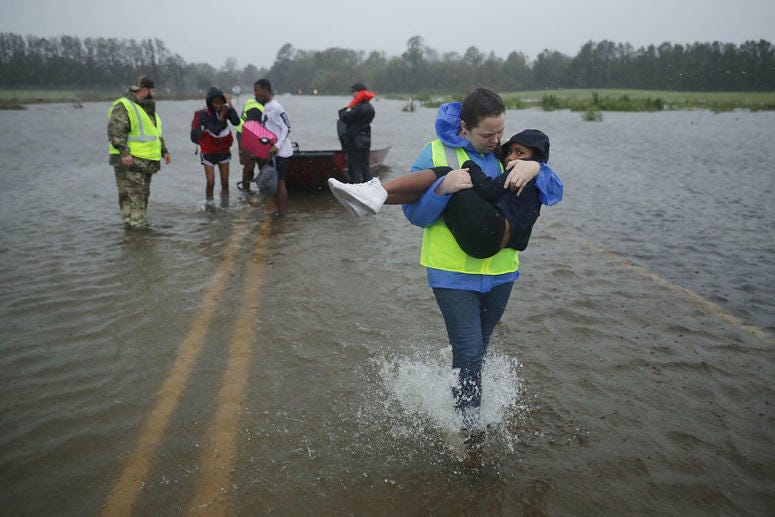 Mike Pollack searches for a drain in the yard of his flooded waterfront home in Wilmington, N.C. on Sept. 15. 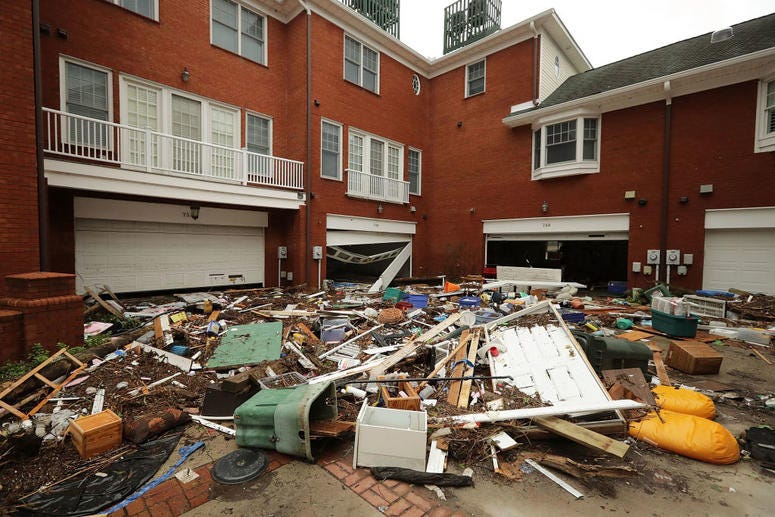 Residents' belongings at Queen's Point condos in New Bern, N.C. are strewn about after the storm surge tore open the building's lower floors. 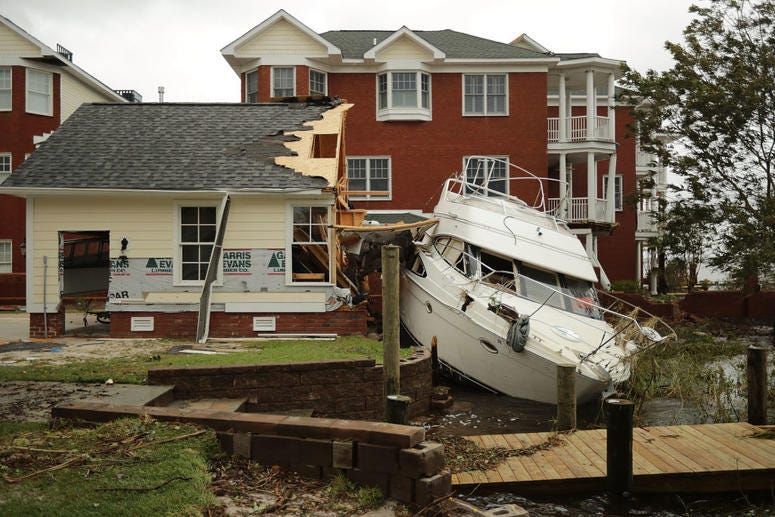 A boat lays smashed against a car garage in New Bern, N.C. on Sept. 15. 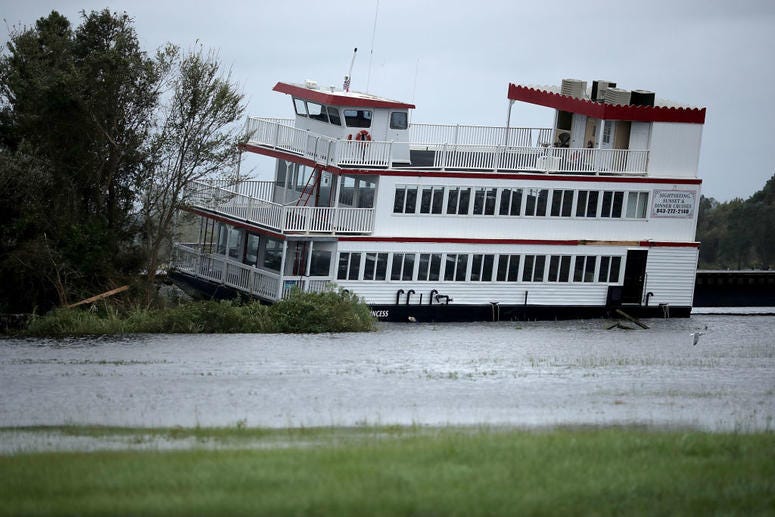 A tourist boat is run aground near a railroad bridge on the Trent River near the Bridgepointe Marina in New Bern, N.C. on Sept 15. 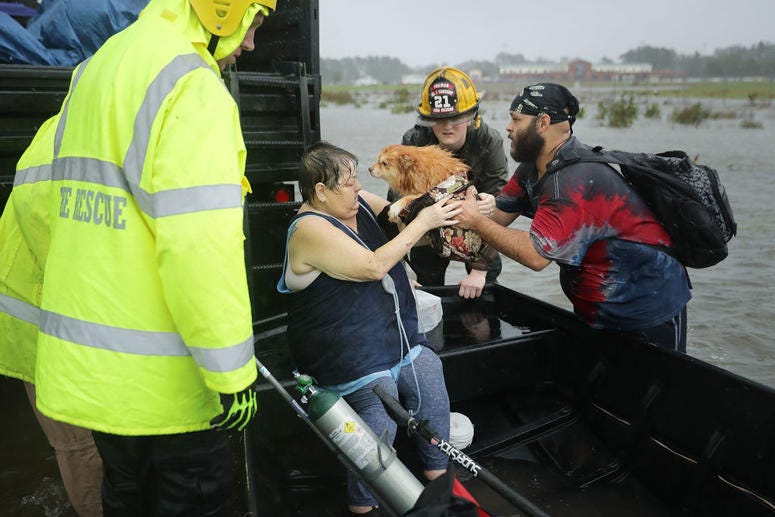 In James City, N.C. rescue workers and volunteers help rescue a woman and her dog from their flooded home on Sept. 14. 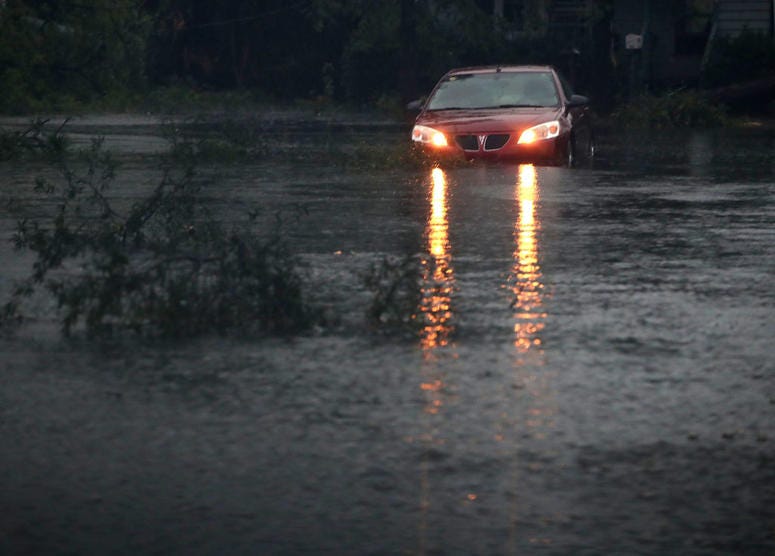 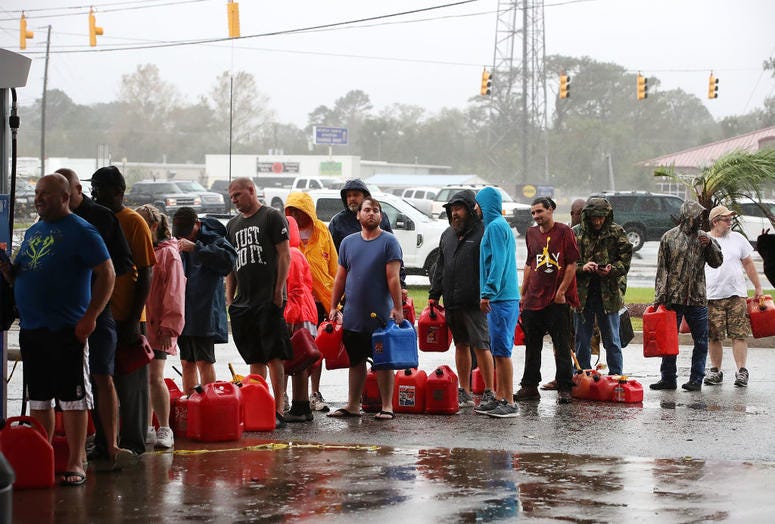 People in Wilmington, N.C. wait in line to fill up their gas cans at a gas station that was damaged when Hurricane Florence hit the area, on Sept. 15. 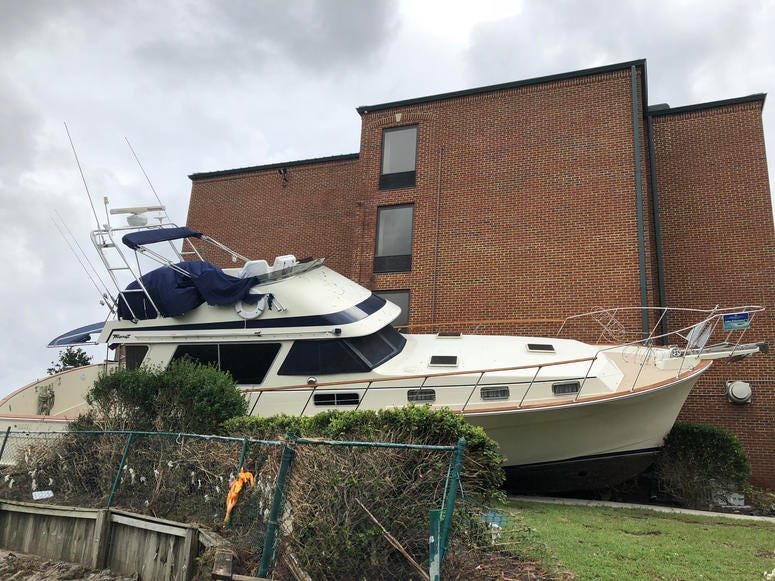 A boat that washed up alongside the Courtyard Marriott in New Bern, N.C. on Sept. 16.

For all radio.com coverage of Hurricane Florence, head here.