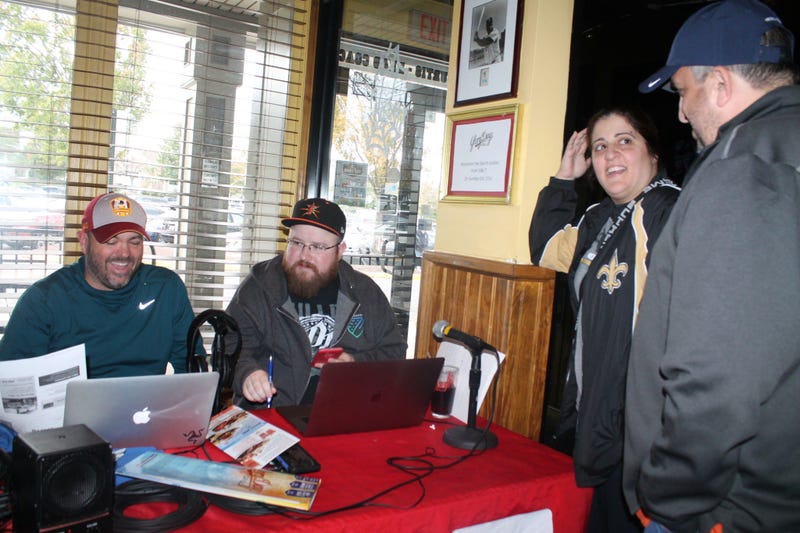 The Rams get more and more fun to watch every week. Jared Goff continues to get better and better each week and the Rams are the only undefeated team in the NFC. The Seahawks started the season slowly, dropping their first two games, but are right back in the mix after winning their last two over teams they should beat. It took them a game-winning kick as time expired just to take down the winless Cardinals. This is a big NFC West duel in Seattle, where the Seahawks have a chance to get closer in the division and the Rams have the opportunity to separate themselves.

Just when you thought the Rams couldn’t do much more on offense, Goff throws for 465 yards and five TDs against the Vikings on a Thursday night. Goff took that next step last season, but this year, he’s taken leaps and bounds to lead the NFL’s best team. The Rams have scored 30 or more points in all four games this year. Everything is clicking and Todd Gurley could be on his way to a MVP season...if his QB doesn’t take that from him. The Rams also finally signed a kicker while Greg Zuerlein is still sidelined, picking up former Chiefs kicker Cairo Santos. We no longer have to see missed kicks from Sam Ficken. The Rams have won eight of their last nine road games and four of their last six against the Seahawks. The tables have truly turned in the NFC West as the Seahawks baton has been passed over to the Rams, who look ready to take this division by storm for years to come. With a win, the Rams can take a comfortable three-game lead over the Seahawks, who right now are the only other team that has a chance to even be in the same stratosphere. The 49ers without Jimmy Garoppolo and the Cardinals both look destined for top-five picks in the NFL Draft.

Making things interesting was already going to be a tough task for the Seahawks, and now it’s going to be even more difficult without All-Pro safety Earl Thomas, who is done for the season. They also lost tight end Will Dissly to a season-ending injury. To add insult to injury, Mychal Kendricks has been suspended indefinitely by the NFL, after the Seahawks took a risk to even sign him after being charged with insider training. Bodies are dropping like flies in Seattle on a team that already was lacking talent at skill positions. Russell Wilson also has been playing like he’s in a game of Madden, running in and out of the pocket trying to find receivers that just aren’t open. A banged up Doug Baldwin and an old Brandon Marshall and no real tight end are making Wilson have nightmares trying to find any productivity on offense. Chris Carson and Mike Davis also aren’t world beaters in the backfield. It’s going to be a rocky road ahead for this team to even have a shot at a wild card spot in a very competitive NFC.