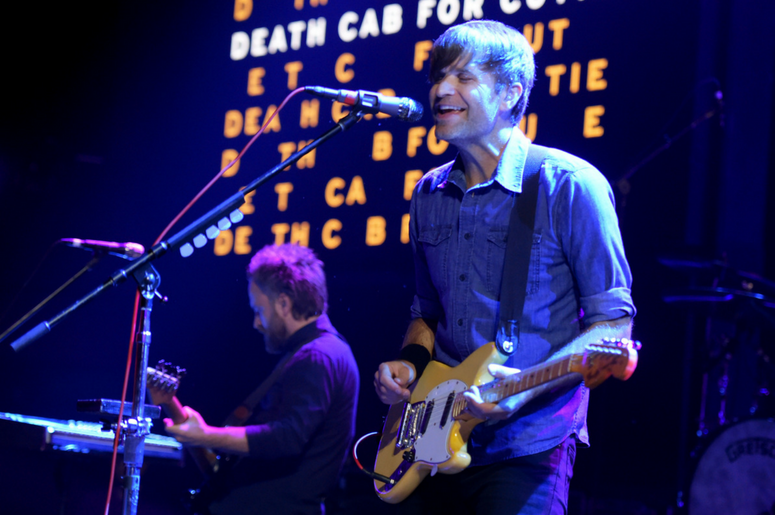 Now that we’ve had the weekend to listen to Death Cab for Cutie’s new album Thank You For Today on repeat and taken a deep dive into the musical genius of Ben Gibbard, we will take you one step deeper.

If you’ve dissected the lyrics to Thank You For Today or read our last article, a recurring theme throughout several tracks is Gibbard’s realization of the connection between his memories and geography.  As time passes, people come and go, neighborhoods change, new buildings get built and communities are pushed out.  Gibbard explains, “Cities are in constant flux” and “when that geography changes, it’s as if you’re not only coming to terms with the passage of time, but it’s as if you’re losing those people and that time in your life all over again.”

A specific example of this theme led to the creation of “You Moved Away,” which was inspired by the artist and friend of Gibbard’s, Derek Erdman.  Erdman, known for his vibrant and (what some might say) provocative art, recently left Seattle (where Gibbard currently resides) to move to Chicago.  “He represented a kind of irreverent, sardonic side of Seattle that is rapidly disappearing as the city gets too expensive,” explains Gibbard.

Not only did Gibbard tell us stories about Erdman, but we caught up with Erdman himself in Chicago to compare notes (and also to check out his home which is essentially an incredible live-in art gallery).  Check out the video below to see the man behind "You Moved Away" - perhaps it will inspire you to buy an Erdman original just like Gibbard.