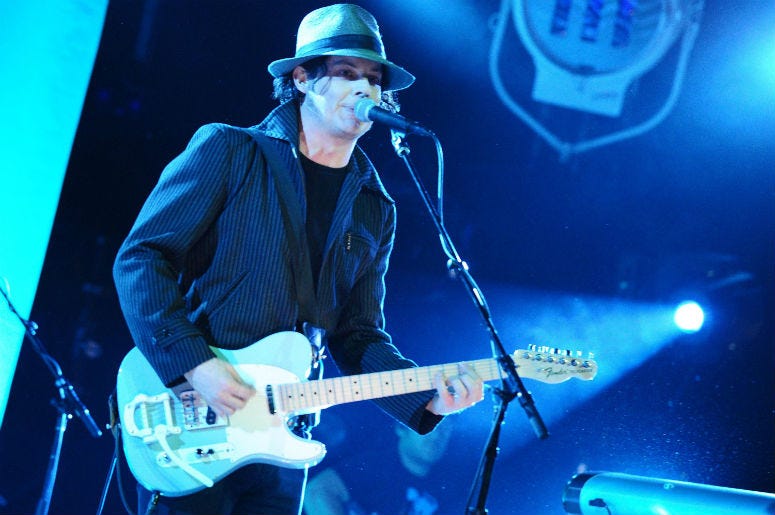 Jack White’s third solo album, Boarding House Reach, is coming out March 23, and fans have already gotten a good taste of the material from the singles “Connected By Love,” “Corporation,” and “Over And Over And Over.” But there’s one oddity that just might take listeners by surprise—a track called “Humoresque,” which was written by Al Capone.

White said he got the music for “Humoresque” last year in the form of a jailhouse manuscript, reports Rolling Stone. While doing time in Alcatraz prison, the legendary mobster transcribed the music and lyrics to the song which never surfaced until now. “Humoresque” is Capone’s spin on a work by Czech composer Antonín Dvořák.

White says he was moved by the infamous Capone’s affection for “a gentle, beautiful song.”

“Human beings are complicated creatures with lots of emotions going on,” he said.