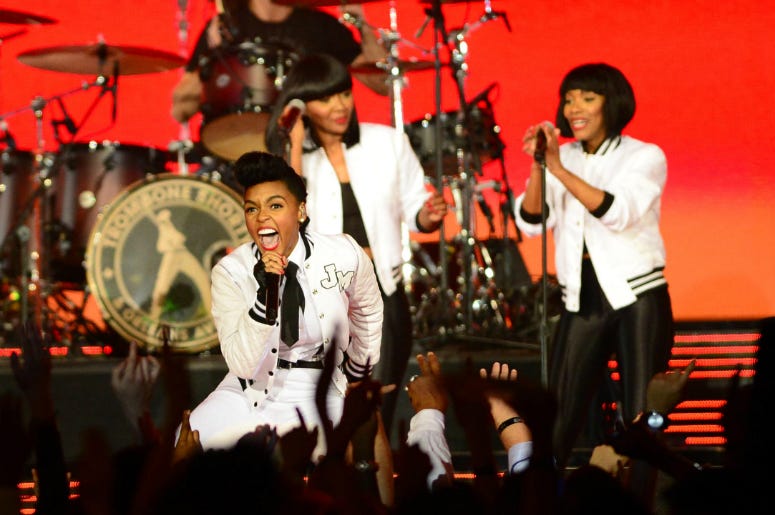 Music legend Prince will live on in Janelle Monáe’s forthcoming album, Dirty Computer. We've learned that the late icon actually assisted Monáe on the project, and his influence is certainly felt on her infectious new single "Make Me Feel."

"Prince actually was working on the album with me before he passed on to another frequency, and helped me come up with sounds," Monáe says in an interview with BBC Radio 1. "And I really miss him, you know, it’s hard for me to talk about him. But I do miss him, and his spirit will never leave me."

This isn’t the first time the two musicians worked together. Prince remixed Monáe’s previously released track “Q.U.E.E.N.” and was a featured guest on her last album, 2013’s The Electric Lady.

Monáe announced last week that Dirty Computer will be available on April 27. And in addition to dropping "Make Me Feel," the multi-talented singer also released another track from the upcoming album titled "Django Jane." Check it out below.