Having the No. 1 overall pick in the NFL Draft is supposed to get a team their franchise player for the next decade.

Some of the greatest players of all-time were No. 1 picks.

Unfortunately, that isn't always the case.

That being said, we decided to rank the past 15 No. 1 overall draft picks. 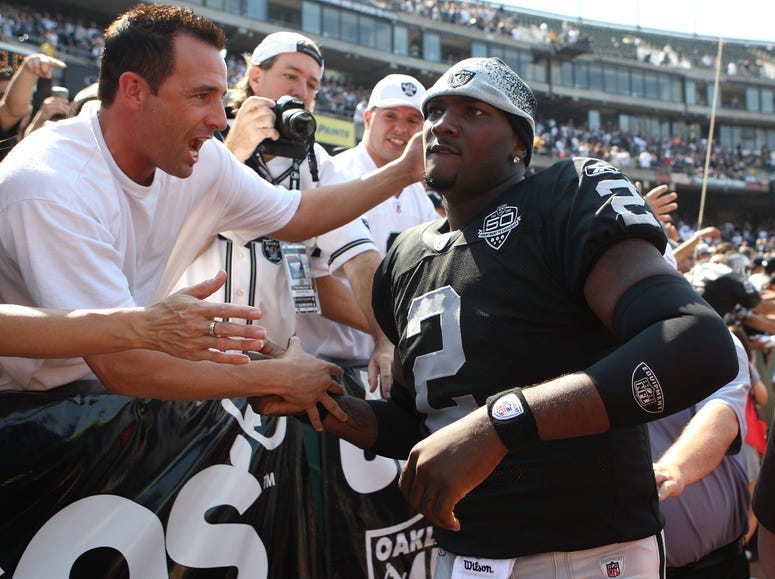 Does anything really need to be said here? Russell is the biggest draft bust in NFL history.

Russell lasted just three years in the league, went 7-18 as a starter and threw just 18 touchdowns along with 38 turnovers. 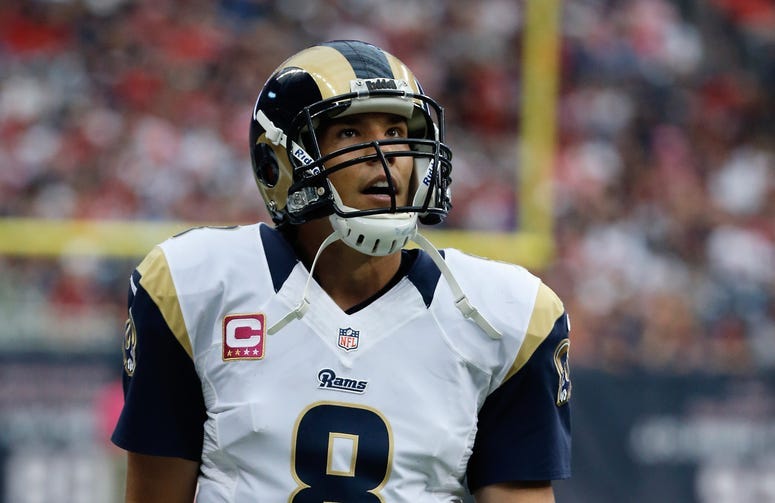 The 2008 Heisman Trophy winner made a lot of money in his career but still never lived up to the expectations that he had when he entered the league.

After signing the largest deal ever for a rookie, Bradford won Offensive Rookie of the Year.

But due in large part to injuries, things only got worst from there.

Bradford tore his ACL twice from 2013-14 and was traded to the Philadelphia Eagles. 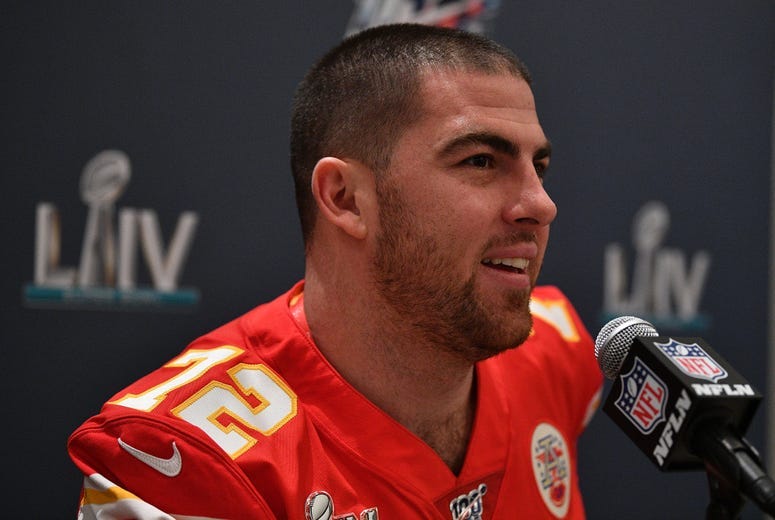 In a really bad 2013 draft, Fisher was the obvious choice at the time with the Chiefs needing a left tackle.

Fisher hasn't been anything stellar but he's been a consistent piece for a Kansas City team that won the Super Bowl last season.

The biggest thing with Fisher has been inconsistency. One play that still stands out for Chiefs fans is when Fisher was penalized during a two-point conversion in the 2016 playoffs that ultimately eliminated Kansas City. 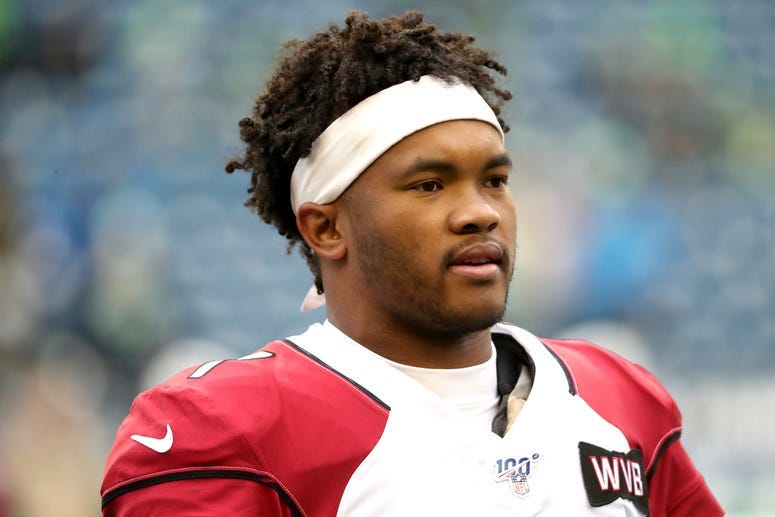 It's still way too early to rank Murray with just one season under his belt but after a strong rookie season, he still ranks above some of the previous 15 No. 1 picks.

Murray shot up draft boards after his Heisman-winning season and chose football over baseball. He was knocked on for being too short at 5-foot-10 but new Cardinals head coach Kliff Kingsbury believed Murray would fit in his fast-paced passing offense.

Murray finished his rookie season with 3,722 passing yards, 20 passing touchdowns and 12 touchdowns to win Offensive Rookie of the Year. 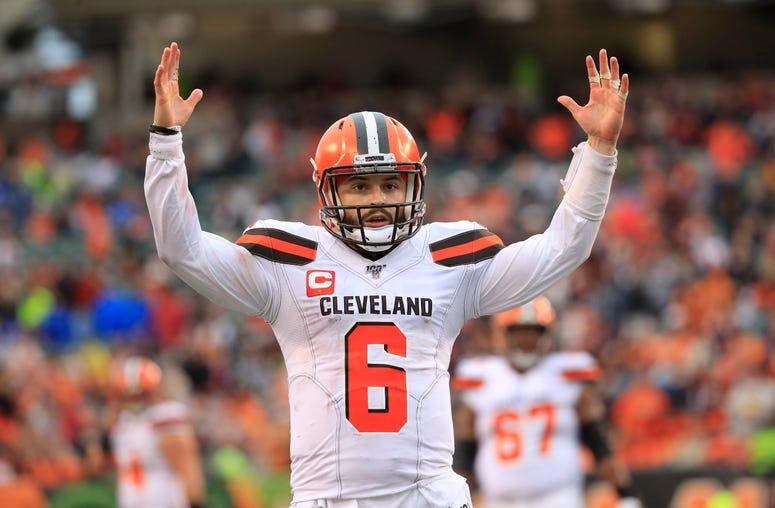 Like Murray, it's still too early to rank Mayfield.

The 2018 Heisman Trophy winner was a bit of a surprise as the No. 1 pick but put together a very strong rookie season after being named the starter in Week 3.

Mayfield surpassed Peyton Manning and Russell Wilson by throwing the most touchdowns as a rookie with 27.

Expectations prior to the 2019 season were high for Mayfield but his performance declined and he was even benched at one point. 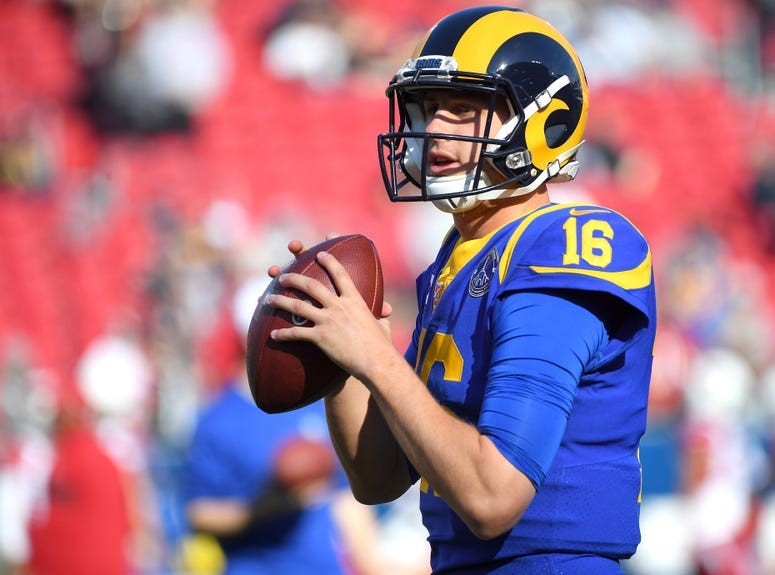 It's still difficult to evaluate Goff after four seasons.

Goff is currently the fourth-highest paid quarterback in the league and received a record amount of guaranteed money prior to the 2019 season.

But consistency has been Goff's biggest problem.

Goff's career started his career very poorly after being named the starter as a rookie in Week 10 by then-head coach Jeff Fisher.

When Fisher was fired in the 2017 offseason, the Rams hired Sean McVay and Goff had a breakout season as a sophomore, being named a Pro Bowler.

Goff excelled even more in 2018, throwing for 32 touchdowns and 4,688 yards, and helped lead Los Angeles to the Super Bowl. 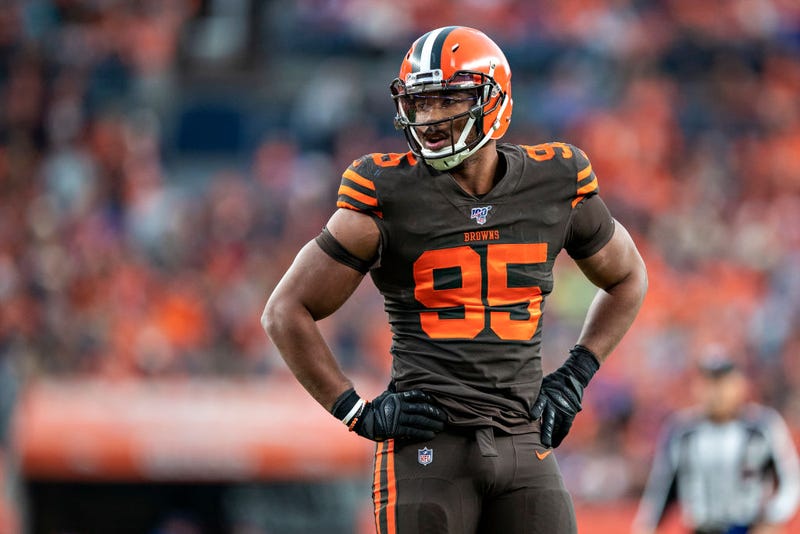 Garrett is another player where it's a little bit too early to judge, but so far, Garrett has proven that he has all the talent that was expected when the Browns chose him first overall.

Right now, Garrett is known for throwing his helmet at Steelers quarterback Mason Rudolph last season and getting a season-ending suspension but prior to that, Garrett was proving to be a top defensive player in the league.

Garrett dealt with some injuries that limited his playing time as a rookie but put together a Pro Bowl season in 2018 where he started all 16 games and recorded 13.5 sacks, 44 combined tackles 29 quarterback hits. 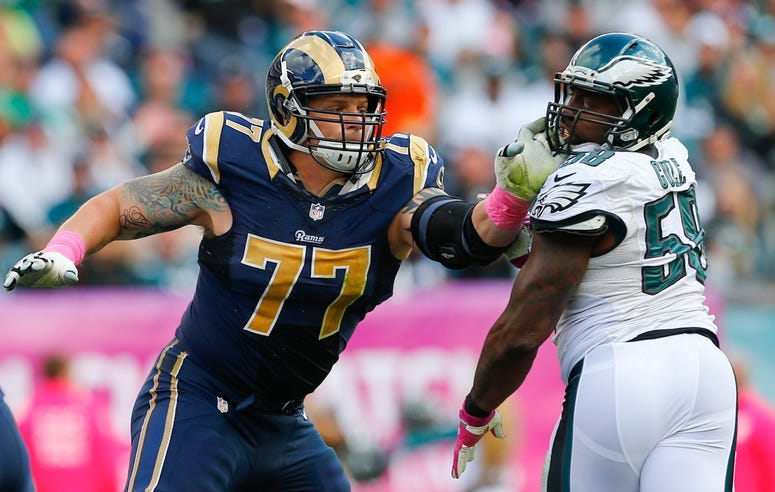 Injuries ultimately derailed Long's career but in his first three seasons, Long was one of the best left tackles in the league.

Long was named to the Pro Bowl in each of his first four years and started every game that he played.

After signing with the Rams in 2013, Long suffered a torn ACL and his career was never the same. He bounced around to different teams and retired in 2017 after 10 years in the league. 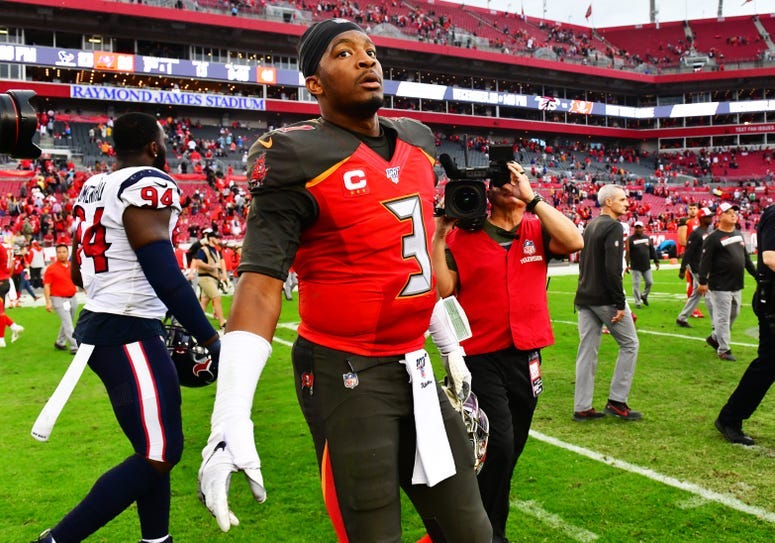 Winston is coming off his best statistical season in the league and has had solid numbers when you look at his passing yards and touchdowns.

But Winston has been highly criticized due to his large amount of turnovers and lack of team success.

Now a free agent after Tampa Bay opted not to re-sign him and sign Tom Brady, Winston never made the playoff with Buccaneers and threw a career-high 30 interceptions in 2019 despite a career-high 33 touchdowns and 5,109 passing yards.

Winston was named a Pro Bowler in 2015 and became the first quarterback to start his career with back-to-back 4,000 yard seasons, but has made a lot of boneheaded mistakes in pivotal moments and hasn't shown the maturity that many have expected. 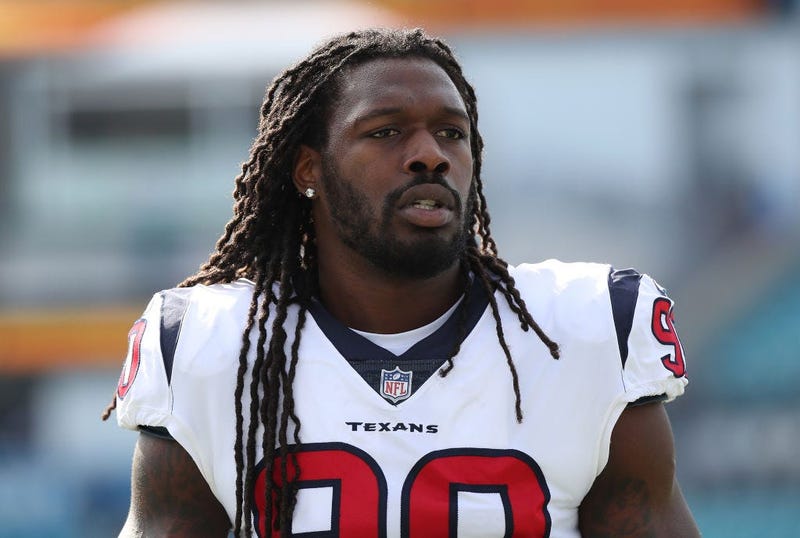 Clowney is currently a free agent and reportedly not receiving much interest on the open market due to his high contract demands but has put together five solid seasons after playing in just four games due to a knee injury his rookie year.

Clowney spent his first five seasons in Houston before getting traded to the Seattle Seahawks in 2019. 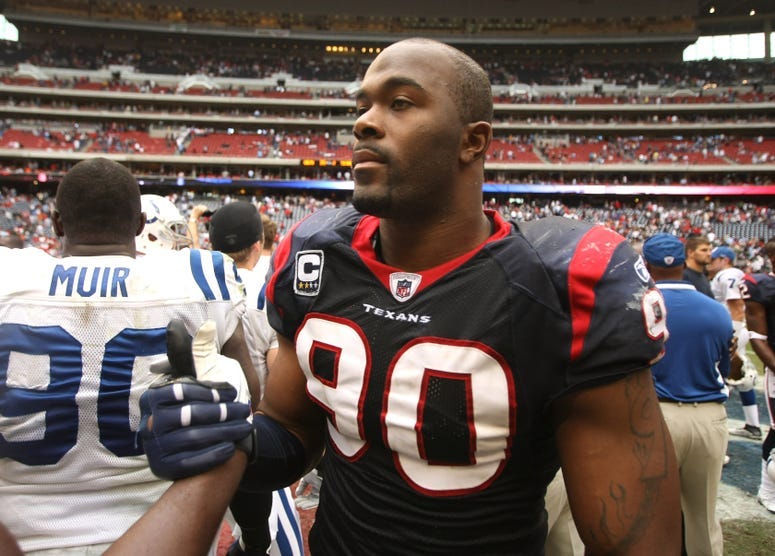 A former N.C. State defensive end, Williams put together a very solid 11-year career in which he was named to four Pro Bowls, a first-team All-Pro in 2014, a two-time second-team All-Pro and the NFL Alumni's Defensive Lineman of the Year in 2007.

Williams ranks second in Texans history with 53 sacks and second in forced fumbles with 11. Only JJ Watt has more in franchise history.

His best season came in 2007 when compiled 14 sacks and 59 combined tackles. 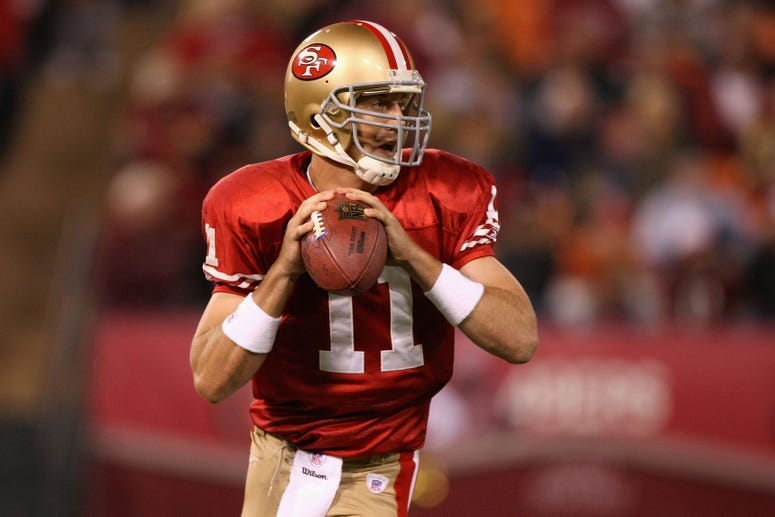 To this day, Smith is still known as the quarterback drafted ahead of Aaron Rodgers, but Smith has put together a very solid career and has been a winner.

Smith went through a plethora of head coach and offensive coordinator changes during his first handful of seasons but still put together respectable numbers.

Smith led the 49ers to the NFC Championship game in 2011 and had another strong season in 2012 before getting injured and losing his starting job to Colin Kaepernick.

Smith was traded to the Chiefs in 2012 and was named to the Pro Bowl threes time under head coach Andy Reid.

The numbers still weren't eye-popping but he avoided turnovers and helped Kansas City make the playoffs in four of the five seasons he played with them.

After mentoring Patrick Mahomes for a year, Smith was traded to the Washington Redskins and led them to a 6-3 record before suffering a brutal leg injury in 2018. 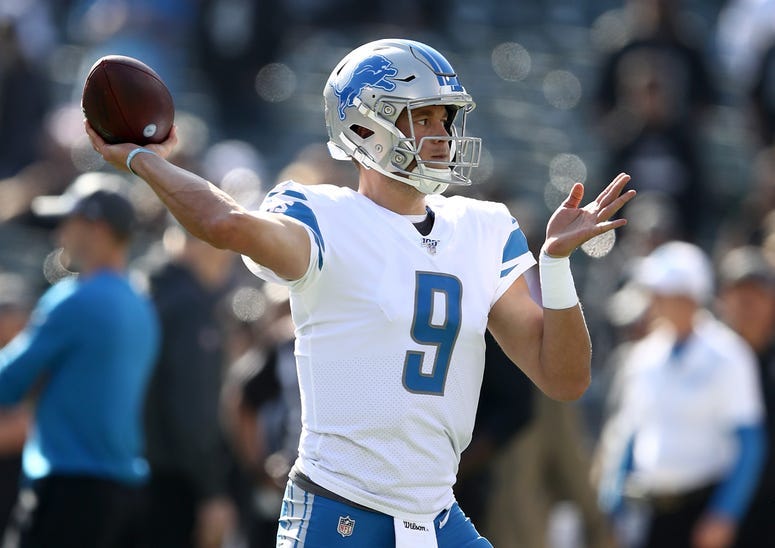 Stafford's career can be a complicated one to evaluate. He was drafted by the 0-16 Lions who desperately needed a franchise quarterback and he has been that the past 10 years.

However, Stafford has only made the playoffs three times without any wins.

A lot of lack of success can be due to the lack of talent around Stafford but he had future Hall of Fame wide receiver Calvin Johnson until 2015.

The Lions defense has been bad, though and Stafford struggled to perform well in his playoff appearances. 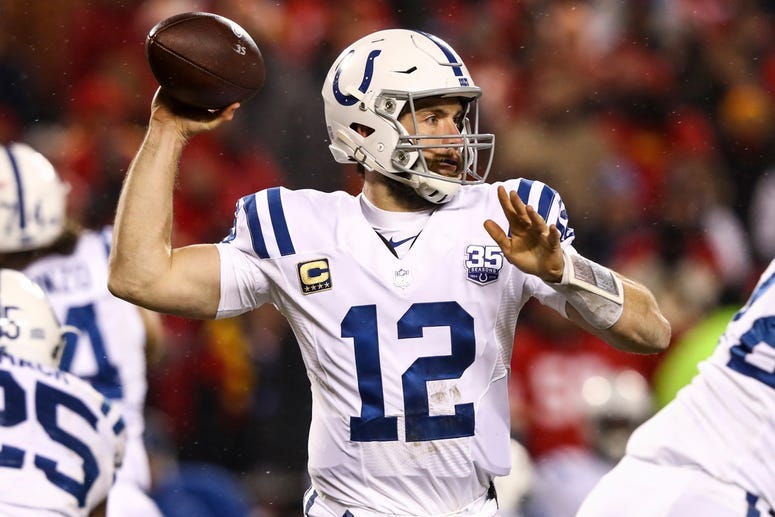 Luck's career will always be looked at as a "what if?"

Drafted first overall by the Colts as the replacement for Peyton Manning, Luck was projected to be a generational-type quarterback.

The talent of Luck didn't disappoint but a terrible offensive line around him during his first five years in the league caused him to suffer multiple injuries by his fourth season.

Luck's nagging shoulder and foot injuries led him to retire before the 2019 season at just age 29.

In what was supposed to the prime of his career, many now wonder whether Luck would have led the Colts to a Super Bowl with a revamped offensive line and defense.

Luck made four Pro Bowls, led Indy to 11 wins as a rookie and the AFC Championship Game by his third season. 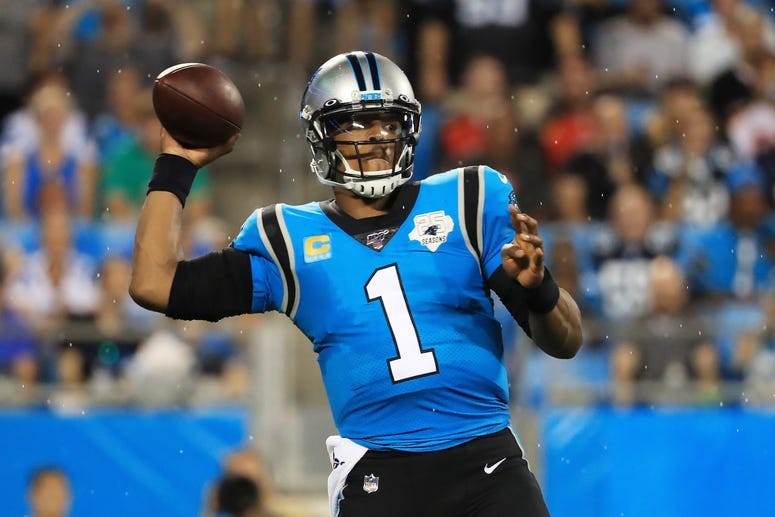 Aside from Peyton and Eli Manning, Newton is arguably the greatest No. 1 pick in the past two decades.

Newton is the only No. 1 pick since Peyton in 1998 to win the league's Most Valuable Player.

Newton was everything a team would want in a No. 1 pick. Despite not having back-to-back winning seasons, Newton led a reeling Panthers franchise to three-straight division titles from 2013-15 and a Super Bowl appearance in 2015 during his MVP season.

Newton was criticized heavily for his passing inconsistencies but he changed the game as a mobile quarterback. He has the most rushing touchdowns in league history and before injuries caught up to him in 2017, he was everything Carolina could have asked for in a No. 1 pick.