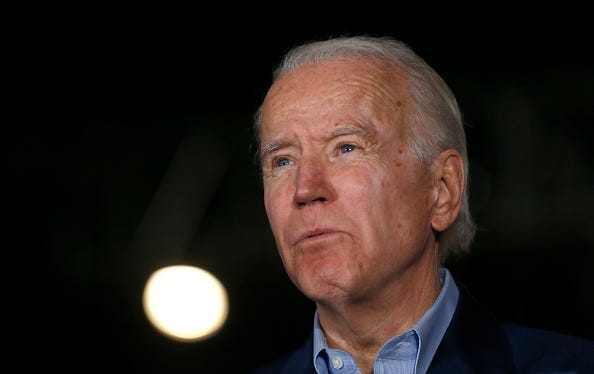 Former Vice President Joe Biden admitted Tuesday that he was aware of an effort to investigate incoming National Security Advisor Michael Flynn after initially saying he knew nothing about it.

During an interview on ABC's "Good Morning America," host George Stephanopoulos asked Biden if he knew about the investigation.

"I know nothing about those moves to investigate Michael Flynn, number one," Biden said. "Number two, this is all about diversion."

Stephanopoulos pressed Biden by asking him about the January 5, 2017 meeting between him, then-President Barack Obama, then-FBI Director James Comey and other intelligence community members.

Biden then changed his answer, saying he was "aware" of the investigation.

"No, I thought you asked me whether or not I had anything to do with him being prosecuted," Biden said. "I’m sorry. I was aware that there was - that they had asked for an investigation. But that’s all I know about it and I don’t think anything else."

"I know nothing about those moves [by the FBI] to investigate Michael Flynn," Joe Biden claimed.

Reminded he was in a January 5, 2017, Oval Office meeting with President Obama and the FBI Director about investigating Flynn, Biden admits "I was aware... but that's all I know." pic.twitter.com/SImLNoqhd7