By Jackson Dodd (via KFRG)

Jimmie Allen has paired up with Abby Anderson to release a cover of Lady Gaga's GRAMMY and Golden Globe-winning hit, "Shallow." 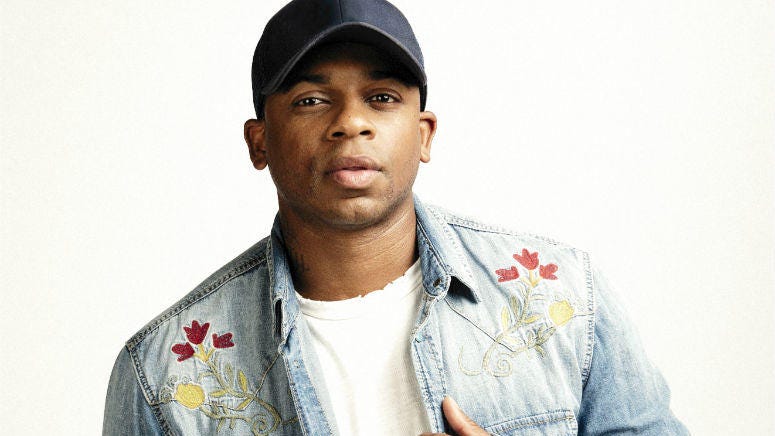 Jimmie Allen Takes Us to ‘Mercury Lane’ With Debut Album

The song was originally performed by Lady Gaga and Bradley Cooper in the Oscar-nominated film A Star Is Born, and is up for Best Original Song at the Academy Awards this Sunday (February 24).

“‘A Star is Born’ was one of my favorites from last year, and the performance of this song in the film really moved me as an artist,” Allen said in a joint release with Anderson. “I had chills! Getting to cover ‘Shallow’ with my good friend Abby was such a cool experience."

“When Jimmie called and asked if I would sing on this song with him, I was honored," Anderson said. "I mean I’m no Lady Gaga, but working on this with Jimmie, who pours his whole heart into a song vocally, was an absolute joy.”

“I think I speak for everyone when I say that I bawled like a baby during ‘A Star Is Born,’ she added. "The song ‘Shallow’ immediately stood out to me.”

A busy year ahead for Allen; he is currently touring with Kane Brown and will join both Chris Young and Rascal Flatts on their respective tours this summer. Allen is fresh from the release of his second single, "Make Me Want To," and his No. 1, debut single, "Best Shot."