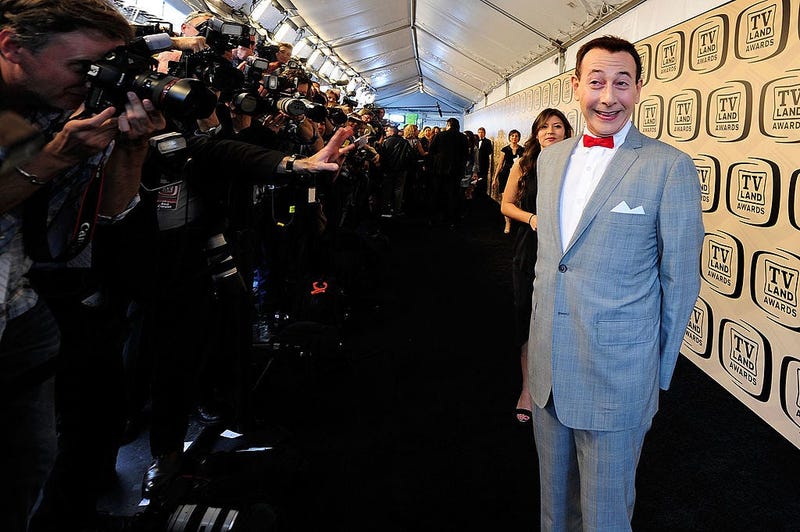 It's been 29 years since his infamous run-in with the law in a Florida adult theater, which put his skyrocketing children's career on the back burner. After a few successful live outings and a filmed special geared towards his adult fans over the years, the comedian/actor is hitting the road again on a 25-city tour celebrating 35 years of "Pee-wee's Big Adventure."

📢 TOUR ANNOUNCEMENT: To celebrate the 35th anniversary of Pee-wee’s Big Adventure, there will be a SPECIAL SCREENING OF THE MOVIE in 20 cities, followed by amazing stories about the making of the film by my pal Paul Reubens!!! Go to https://t.co/NyA0jVjsEd NOW!#PWBA35 pic.twitter.com/zqIjedsTRB

Reubens is also hard at work on a radio project, likely a podcast, and is reportedly in talks to develop an animated series based on his iconic "Pee-wee's Playhouse" Puppetland friends, Chairry, Randy, Jambi, Conky 2000, and more.

Reubens also revealed to The Hollywood Reporter his plans for "The Pee-wee Herman Story," a screenplay he describes as "the dark Pee-wee movie." The script was first drafted in the late 1990s and has been edited gradually ever since. The film finds Pee-wee emerging from prison and dealing with his alcohol troubles.

"I've referred to it as the 'Valley of the Dolls' Pee-wee movie," Reubens says.