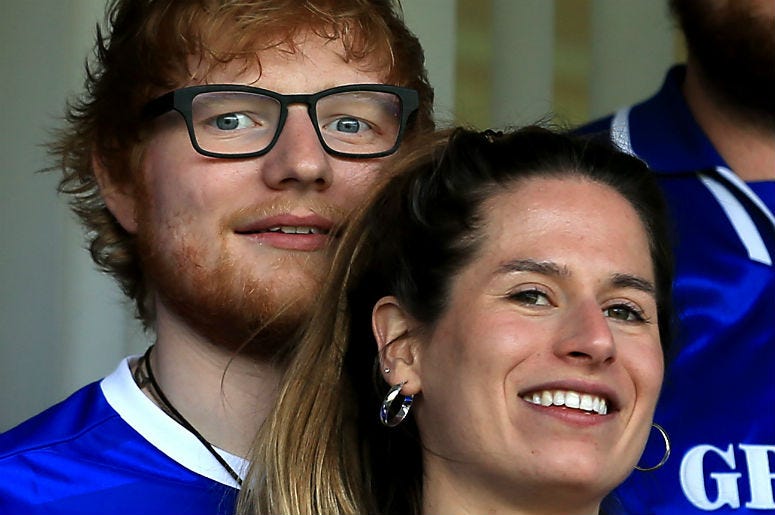 Apparently, just because you’re a pop star doesn’t mean you can have the wedding of your dreams.

Ed Sheeran and his fiancée, Cherry Seaborn, were reportedly trying to build a private church tower on the grounds of Sheeran’s home for their wedding.

According to a published report from the BBC, Sheeran had applied for a permit to build a private non-denominational chapel on the grounds of his home in Dennington, Suffolk (in the UK).

The "Castle on the Hill" singer was hoping that the site could be used as a retreat for “contemplation and prayer,” and the celebration of “key life and family milestones.” His wedding would certainly be one of those events.

The application was denied because local officials said the structure would create an “unsatisfactory" visual impact and cause “the impression of a second village church.”

Sheeran had reportedly done a lot of research before submitting the application. In fact, he even consulted with experts about the possible effect on the area’s wildlife.

Sheeran and Seaborn announced their engagement back in January. We don’t know much about their actual wedding plans, but it looks like they’ll have to find a new venue for the service.