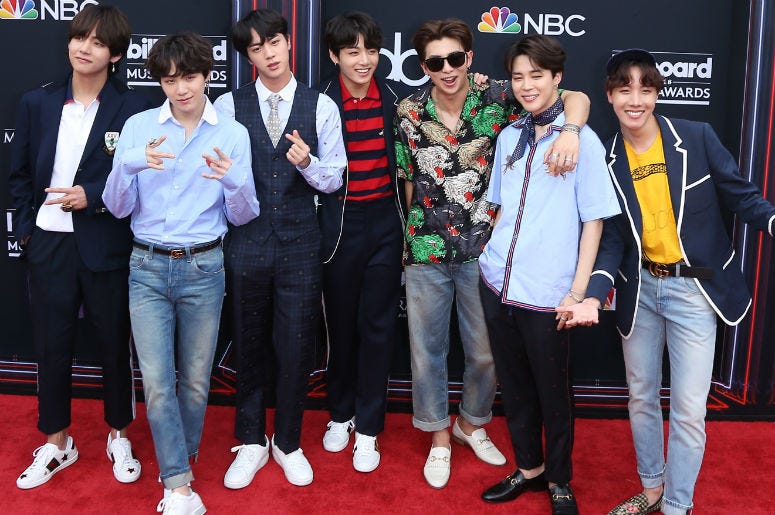 Sure, we could have done another generic interview with K-Pop superstars BTS when we caught up with the guys in Las Vegas recently, but what would the fun in that be?

So because we love a good time as much as BTS does, we decided to play a little game with the guys backstage at the Billboard Music Awards. We laid out some emojis and had the group react to a few of our favorite topics. We asked them to hold up the emojis as reactions to Michael Jackson, Taco Bell, frozen food, and more. Watch what happened:

Meanwhile, the group's incredible success in the United States continues. Their latest single, "Fake Love," just reached number 10 on the Billboard Hot 100 this week. It's the first time that a K-Pop track has broken the top 10. How high will it climb on the charts? We'll have to wait and see!

“Fake Love," of course, appears on their new album, Love Yourself: Tear. The album just became the first foreign-language LP to top the Billboard 200 in 12 years. You can get your copy (as if you didn't already have it) by clicking here.

Want more from the biggest boy band in the world? Don’t worry! Keep checking back because we’ll have more from our time backstage with BTS very soon.

Meanwhile, K-Pop superstars BTS are known for their own jaw-dropping dance moves. But what happens when they’re put to the ultimate dance challenge and asked to show off moves from other iconic artists? Find out in this exclusive video: