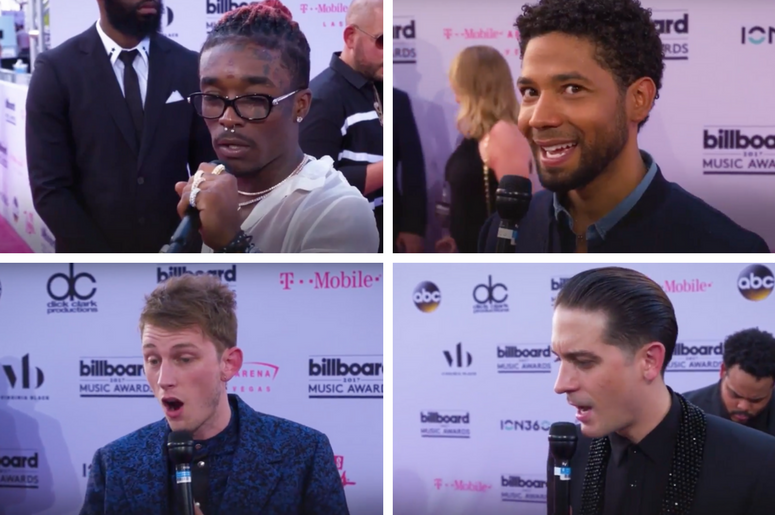 You have probably done a crazy thing or two to express your fandom for your favorite artist, right? Well, apparently some fans have REALLY pushed that envelope, and the performers know about their craziness.

So we asked the celebrities on the magenta carpet of the 2017 Billboard Music Awards for the "craziest fan stories.” We have compiled their answers into this EXCLUSIVE video.  Their responses to this question did not disappoint.

Shawn Hook told us about the girl who is sending him risqué tweets. In fact, he actually has a message for her. Lil Uzi Vert told us about the time a guy gave him his girlfriend when he was on stage? WHAT?! You gotta watch the video:

By the way, Lil Uzi Vert told us that he did send send the girl back to her boyfriend after the show.