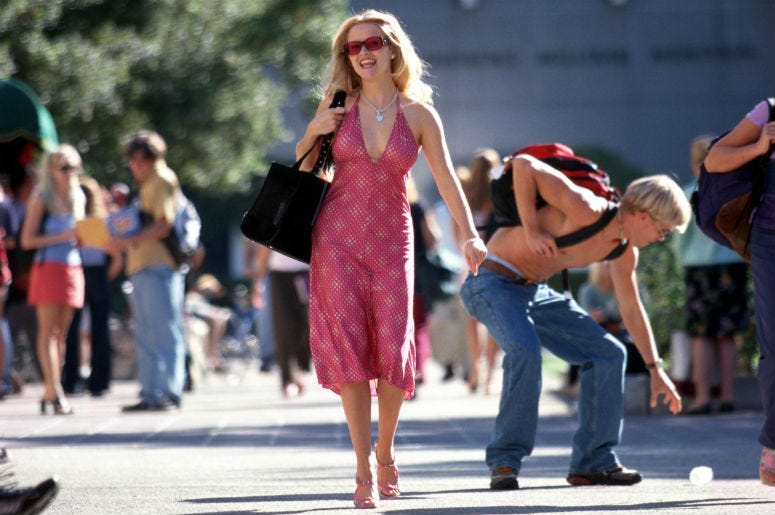 It's been 17 years since we last saw her, but Elle Woods seems poised to return to the movie screen.

Multiple outlets have confirmed plans are underway for a third installment in the Legally Blonde film series. Reese Witherspoon, who played Elle in both Legally Blonde and its sequel, Legally Blonde 2: Red, White & Blonde, is in negotiations to once again star.

Witherspoon posted a teaser on her Instagram account on Thursday (June 7). In the video, Reese is floating on a pool raft while wearing a bedazzled pink bikini. "It's true... #LegallyBlonde3," she wrote on the post.

Of course, the video pays homage to the iconic scene from the original film where Elle floated in a pool float for her Harvard admissions video.

Deadline.com was the first site to report the news.

Legally Blonde first premiered in 2001. The movie grossed more than $140 million at the box office.

There aren't any further rumors about casting at this point either, by the way. So we'll just have to hope that Luke Wilson and Jennifer Coolidge return to the franchise too. Could you imagine the movie without Coolidge playing the role of Paulette Bonafonté? Yeah, we can't either.