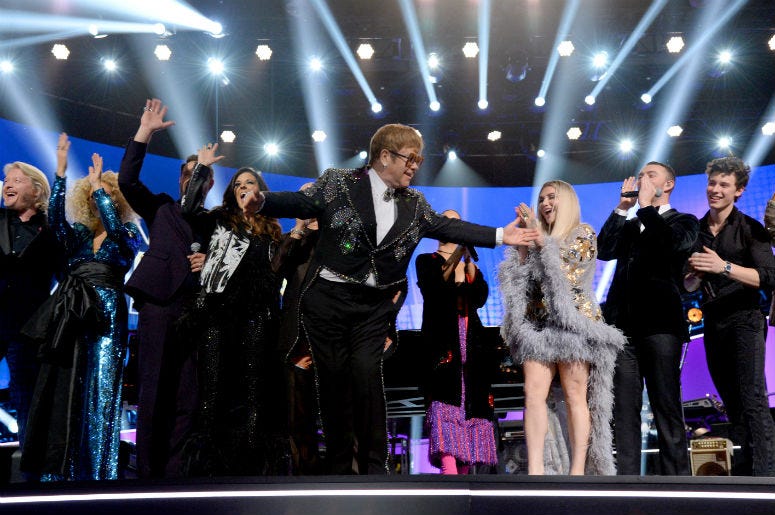 The celebration of Elton John's incredible career rolls on. Both parts of the two-part tribute album to Elton and his longtime songwriting partner, Bernie Taupin, were released today (April 6).

The first album, titled Revamp: Reimagining the Songs Of Elton John & Bernie Taupin, features some of the biggest names in rock and pop music. Artists like Mary J. Blige, Coldplay, Miley Cyrus, Sam Smith, and more are featured on this album.

"It means a great deal when other people choose to sing one of our songs, and reinterpret it in their own particular way," Elton said in promotional video ahead of today's release.

Here's a preview of the album:

Let's say that the 13-track Revamp album makes for an incredible tribute to the one-of-a-kind artist. Where could we even begin to highlight tracks from the release?

Elton also recently announced his plans to retire from touring. However, he'll hit the road for an epic farewell tour before calling it quits. The Farewell Yellow Brick Road Tour, which will make over 300 stops over the course of three years, kicks off this September in Allentown, PA.