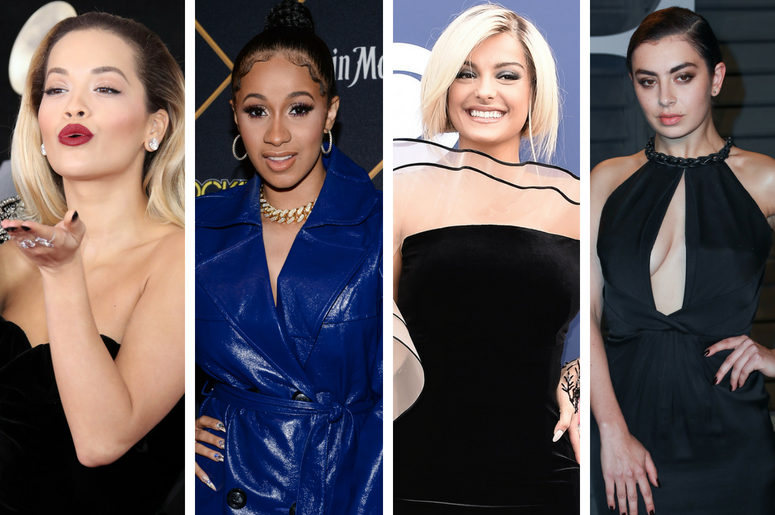 Rita Ora has rounded up some of the best girls in music to release an upbeat track today (May 11). The song, which is titled “Girls,” features an incredible foursome of Rita Ora, Cardi B, Bebe Rexha, and Carli XCX.

Ora wrote the track a while ago, but said it really came together as each of the girls signed on to the project.

“It really ended up naturally being four hot chicks and a real natural thing,” Ora explains to PEOPLE. “I did have this vision of wanting to bring these powerful women together; they’re powerful in their own way, and none of them are similar, and I really liked that.”

Rita also explains to PEOPLE that she was inspired by the 2008 hit “I Kissed a Girl” from Katy Perry.

As for sexuality, Rita isn’t putting any labels on herself (or the track). In fact, she has said the track is “gender fluid,” and told PEOPLE that the song is about being what you want to be.

“For those who aren’t afraid to rule the world, this is our anthem,” she told Metro. “A celebration of love.”

One thing is for sure, Rita, we love this track!

UP NEXT: Rita Ora Shares Her 12 Songs For Everything from Making Out to Working Out