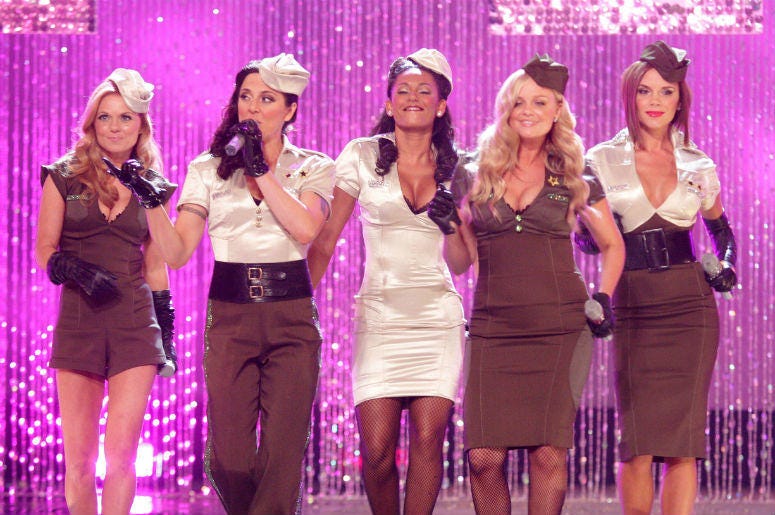 It's been the "will they or won't they" story of the year, but Mel B (Scary Spice) insists that the Spice Girls WILL come together for a reunion tour soon.

TODAY co-host Hoda Kotb questioned if this was a legitimate announcement or not. After all, Victoria (Posh Spice) Beckham had previously said they were not touring.

Well, Scary Spice laughed those comments off on the TODAY show.

“Yes, we are going to be performances together for sure,” Mel B responded.

By the way, Mel B also spilled a funny secret about the song "Wannabe." During Thursday's interview, we learned that the “rap” part of song was actually written in the… bathroom.

“That really annoying rap part, I wrote in the loo,” Mel revealed. “Maybe I did a little tinkle while I was writing.”