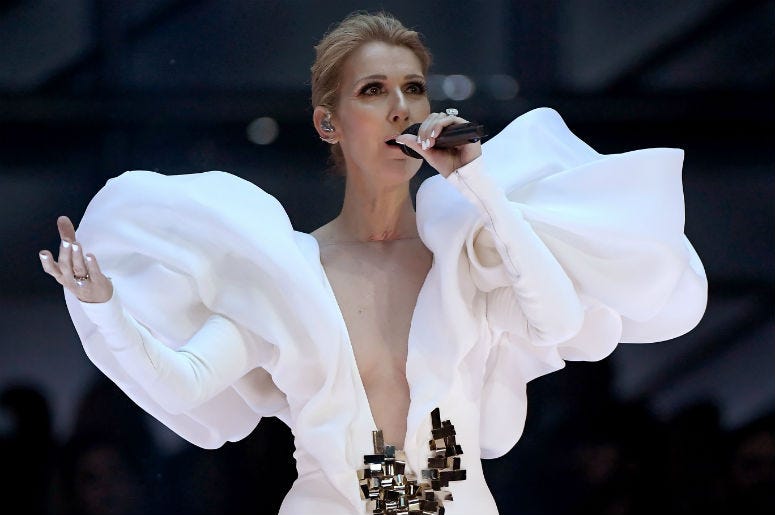 Celine Dion just dropped another EPIC ballad on us, and there's even an awesome video to accompany the track.

Dion released "Ashes" today. The track, which appears on the Deadpool 2 soundtrack, was unveiled on Good Morning America today (May 3).

Naturally, the power ballad needed an incredible video to accompany it. Celine did not disappoint as we see her wearing an elegant dress singing in a gorgeous auditorium. Deadpool himself has to accompany her on stage for an interpretative dance. Watch the video here:

At the end of the video, Deadpool actually tells Celine her performance was "too good."  In fact, he tells the legendary singer to take the track "down" from an 11 to a 5 because "this isn't Titanic."

Celine doesn't miss a beat when she tells him that "this thing only goes to 11. So beat it, Spider-Man!"

Over the years I've received incredible songs and I’ve been involved in fun projects.Ashes is 1 of those songs and @deadpoolmovie is off-the-charts!Take the most insane ride of your life when it opens on 5/18!You’ll be laughing your “ashes” off!–Céline xx https://t.co/oQdifucwUP