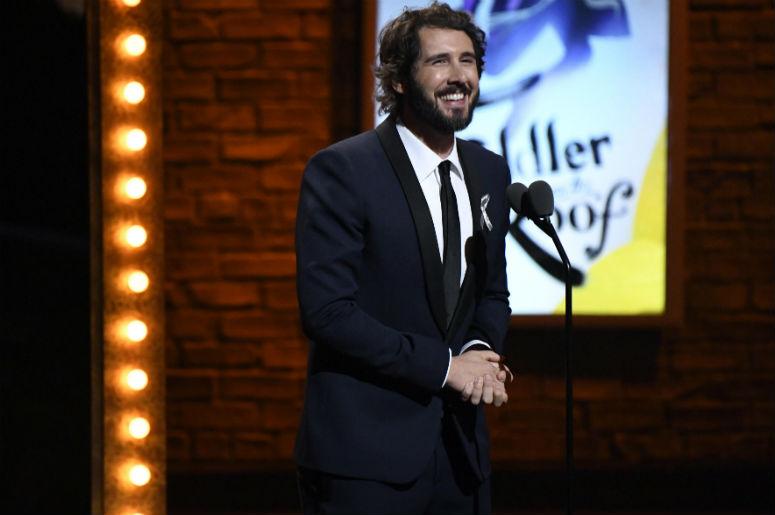 Josh Groban is an incredibly talented musician, but did you know he’s also a super funny guy? Groban seems to be a favorite guest for many TV talk show hosts because he’s guaranteed to be a great guest. Plus, he’s always having lots of fun on Twitter. If you’re not following him, check out his tweets for a good laugh.

In honor of Groban's 37th birthday (February 27), we have compiled a list of five times that Josh Groban has made us laugh out loud:

He surely made us laugh when he sang public domain songs with James Corden on The Late Late Late Show.

We also love when he appears in the YouTube series, "Kid Snippets." These are YouTube videos that include adults on camera, but the all the adults in the videos are voiced by two children. So in this case, Josh Groban is ordering a pizza, and well… just watch.

Then there was the time that Josh Groban sang a duet of “Total Eclipse of the Heart” with Ellen, and it’s bound to make anyone laugh.

James Corden has another musical game called "First Line, Every Line" on The Late Late Show that he often plays with guests. He asks stars to take a song, and only sing the first line from that song repetitively. So Groban replaced all of the song lyrics to “Shake it Off” with just “I stay out too late.”

Thanks for always making us laugh, Josh. Happy Birthday!