By Karen Carson in the Morning and Joe Cingrana, NEW 102.7

VMA winner, Billboard Music Award winner and Queen of our hearts Camila Cabello just returned with a brand new project, Romance, and has offered up the first two singles, "Liar," and "Shameless."

Still riding high on the massive success of "Señorita" with Shawn Mendes, and her cover shoot for Elle magazine's "Women in Music 2019," Camila told NEW 102.7's Karen Carson that she focused now on "putting out good energy."

Just like the rest of us, Karen and the morning crew are still reeling over her MTV Video Music Awards performance of "Señorita" with Shawn Mendes, and that incredible almost-kiss they shared at the end that had us all fanning ourselves (watch here if you haven't seen it and make sure the air conditioning is on). Camila says she had a lot of fun with Shawn that night and was the least nervous she has ever been for a performance. "We just hung out and were just human," she admits, "and I think that actually made the performance different because we weren't in 'celebrity mode.'" 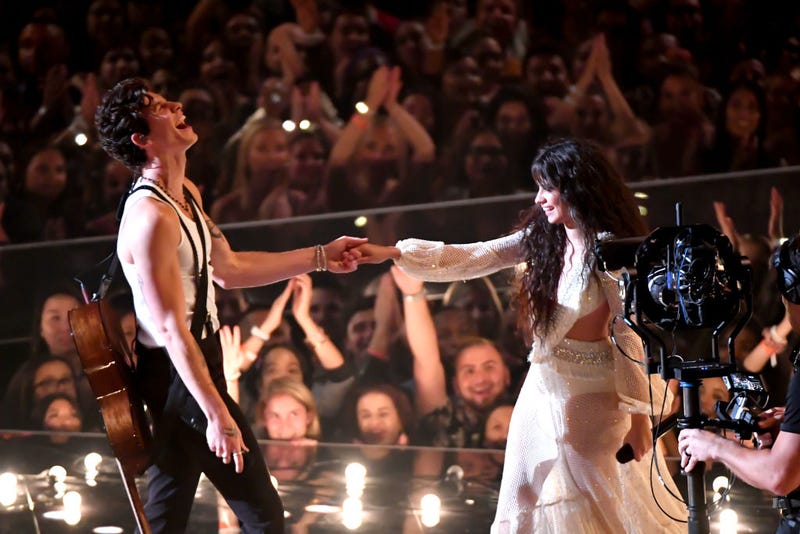 But... are they or are they not a couple?! That's what everyone wants to know.

In Elle magazine, Camila recently stated that she wants to be "in love like nobody is watching," and a big part of that, for her, is disconnecting from social media she told NEW 102.7. "When I'm with Shawn, I don't see all the pictures of us hanging out afterwards."

"I don't look at that because I know that would affect how I am in person with him. I'd be paranoid about being affectionate because I knew people were taking pictures. I just don't want to be like that. I don't want to live my life based on people saying things, or watching, or have opinions... I love that quote, 'what people think of me is none of my business.' I really live by that. I just pretend that I'm just living my life."

OK, you caught that right? They TOTALLY are and we couldn't be happier!

Listen to the full chat above and find out what Camila thinks of "couple's costumes" for Halloween and whether or not she and Shawn will be hitting the town together in matching outfits that you can totally take a photo of -- but Camila will never see.