The last time One Direction singer Niall Horan was in the NEW 102.7 studios was just before the start of his Flicker Tour. That outing started just over two years ago, finishing up in September of 2018. Since then Niall has been hard at work on new music, but he tried to take some time off.

"I took a few weeks off after the tour finished," Niall explains to NEW 102.7's Karen Carson. "Got bored after 10 minutes because that's the way I am, and just ended up starting writing songs again and kept going because I felt like I was on a bit of a roll," he laughs. Niall's newest single, "Nice To Meet Ya", he says "popped up out of nowhere."

"If you start looking for a first single you never really write it, because when you're chasing it, it's not that feasible. It was a really fun song to write and just a fun song to even listen to. I'm not bored of it yet even though I've been listening to it for over a year." 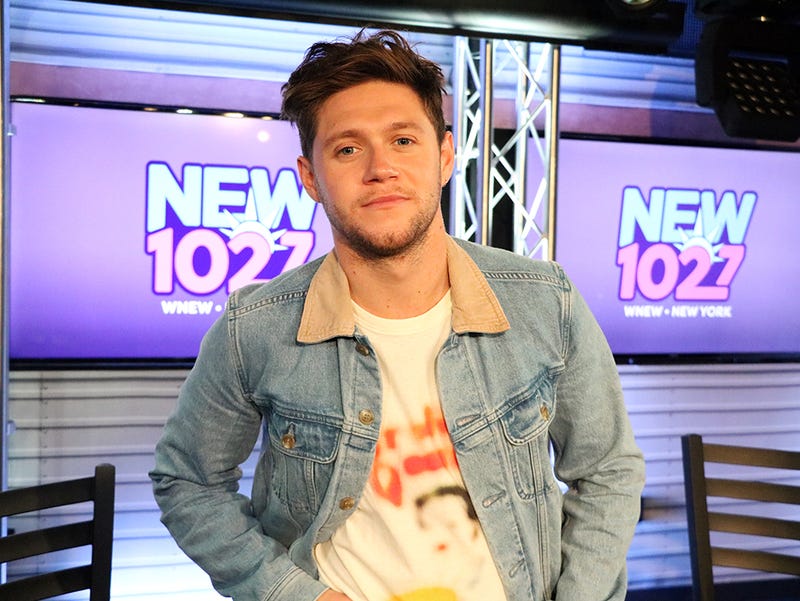 Niall is currently working on the follow up to Flicker, and when pressed on what the sound of the album versus the last could be, he says the new album will be somewhat of a departure.

"Since I wrote ('Flicker') it's been nearly three years - I suppose there's a big difference between 23 and 26," the singer says about his change in style and attitude. "Touring, you learn a lot while touring without even realizing it. It's only when I've stopped and started doing interviews and thinking about it that it makes sense. Being on stage every night, you learn more about your audience, you learn more about yourself, what you do better, what you prefer to do. Like I love singing and writing sad songs but I also love an energy-filled gig."