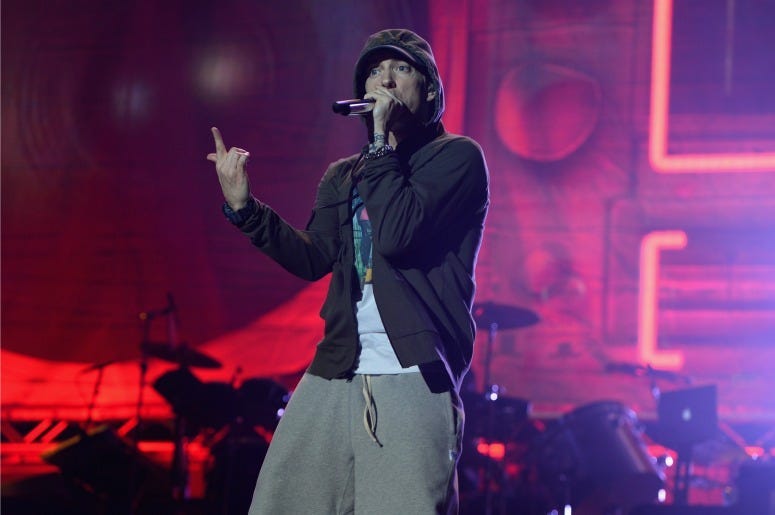 Eminem just released a music video for his song "Darkness" that recreates the 2017 mass shooting at the Route 91 Harvest Festival.

The lyrics of the song include, "I'm a licensed gun owner with no prior convictions. If you'd like to know the reason why I did this, you'll never find a motive."

The music video depicts the festival shooting from the gun man's perspective in his hotel room, as police close in outside.

The rapper claims the video is a call for gun control, ending with news reports on mass shootings and text across the screen that reads, “when will this end? When enough people care." It features a link to register to vote and help change gun laws in America. However, some in the community that was effected by this tragedy, see the depiction as insensitive.

"Darkness" comes from Eminem's surprise new album, Music To Be Murdered By. The 20 track LP is produced by longtime collaborator Dr. Dre, and his the rapper's first release since 2018.