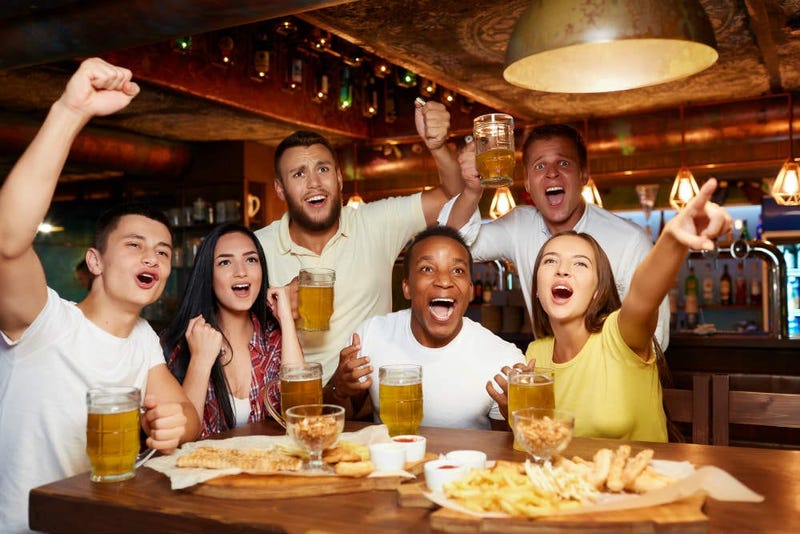 As you prepare for RADIO.COM's Stars and Strings on December 4 and Not So Silent Night on December 5 at Brooklyn's Barclays Center, you might want to consider where to start – and finish – your evening. Here are five of the best pre-gaming spots near Barclays Center.

Just a short block away from Barclays Center at 39 5th Avenue stands a place that mixes the best parts of an old New York Irish-heritage pub with a modern sports bar. With 15 big HD TVs and three projection screens situated at strategic intervals, you can watch the action on screen from anywhere in the spacious bar – if you can take your eyes away from the delicious food and fine drinks they serve, that is. They don't serve your average pub food at McMahon's. As they proudly proclaim, “Our chefs make delicious happen!” Their Public House Potato Bites smothered in a Guinness cheddar sauce alone will convince you of that, and their burgers are big and made of prime beef (although they have veggie, salmon and turkey burgers as well). One of the best buys is their build-it-yourself appetizer sampler plate, and they offer a solid menu of sandwiches, quesadillas and more as well. McMahon's is at heart a pub, of course, and they have a lengthy list of top-name domestic and imported as well as local craft beers. For a little privacy and quiet, there is an upstairs lounge and, if the weather cooperates, a pair of outdoor terraces.

At Uncle Barry's you might come for the beer but you'll stay for the trivia – at least on Wednesday nights. When it comes to beer, however, Uncle Barry's has 18 – count'em, 18 – beers on draft, from Allagash to Wheinstephanerbraupakt, and even more in bottles and cans. Craft beers rule at Uncle Barry's, although Guinness, of course, is on tap as well as many well-known and lesser-known brews. Uncle Barry's is at 58 5th Avenue, just a minute or two from the Barclays Center.

Every bar has beer on tap and by the bottle, and shelves of whiskey, but Wolf and Deer stands out from those for a couple of reasons: Rafael Hasid and Daniel Bailey. These guys are so committed to this place that they named their establishment after their sons (whose Hebrew names translate to the animals in the name). The first is a chef and the second an architect and metal designer, and each has brought his best game to make their “wine-centric” bar as they call it, unique. The food and drink, like the décor, is both “low key and elegant” as they themselves describe it. They are especially proud of what they call “interesting snacks,” which include a variety of cheese plates and charcuteries, with such exotic choices as wild boar cacciatorini and Stompertorren Grand Cru raw cow's milk cheese (a delightful nutty aged Gouda from the Netherlands). Located at 74 5th Avenue, Wolf and Deer is but a howl away from the Barclays Center.

Just around the corner from Barclays Center on Flatbush Avenue is one of the city's two Buffalo Wild Wings pubs. As the name proclaims, they are famous (and justifiably so) for what they can do with chicken, but until you've had their Jammin' Jalapeno sauce or had them put their wings on a burger (the Buffalo Stacked Burger) you won't really appreciate just how deserving they are of the many accolades heaped upon them. Buffalo Wild Wings is not fancy, but it is fun and filling. They offer a unique menu of specialty sodas, juices and other beverages, but if there is one thing they are almost as famous for as their wings, it is their B-Dubs Blenders – basically, dessert in a glass.

While there are many great bars within a few minutes’ walk of the Barclays Center, for those who are tight for time or just want to get to and stay in the Center, there is always the 40/40 Club, located conveniently inside Barclays Center. It is big, like the Center itself, with a main bar, mezzanine and four lounges (all of which participate in the two-hour happy hour, which begins at 5 p.m. daily). They have a big selection of finger foods and sliders, as well as full main course dinners and great desserts, and, of course, a full bar, with a lot of great beers on tap and some very well-trained barkeeps.