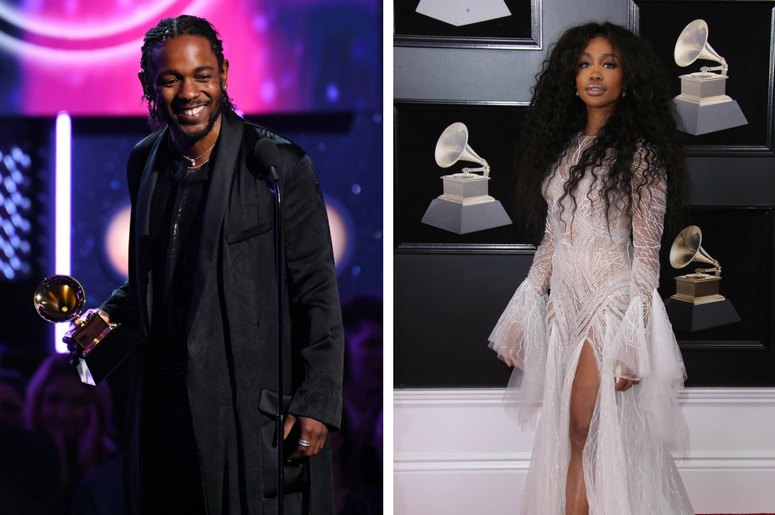 Kendrick Lamar and SZA have released the video for "All the Stars," the first to promote the Black Panther soundtrack, which is curated by Lamar.

The stunning clip is packed with vivid afro-futurist imagery, including Lamar strolling with a pack of actual panthers and SZA performing in a circle of tribesmen bedecked in bright blue feathery costumes.

It's a strong accompaniment to the moody and atmospheric track, which showcases both artists' vocal talents.

Black Panther: The Album is set for release this Friday (Feb. 9). The film Black Panther hits screens across the country on February 16.

Watch Kendrick Lamar and SZA's video for "All the Stars" below.