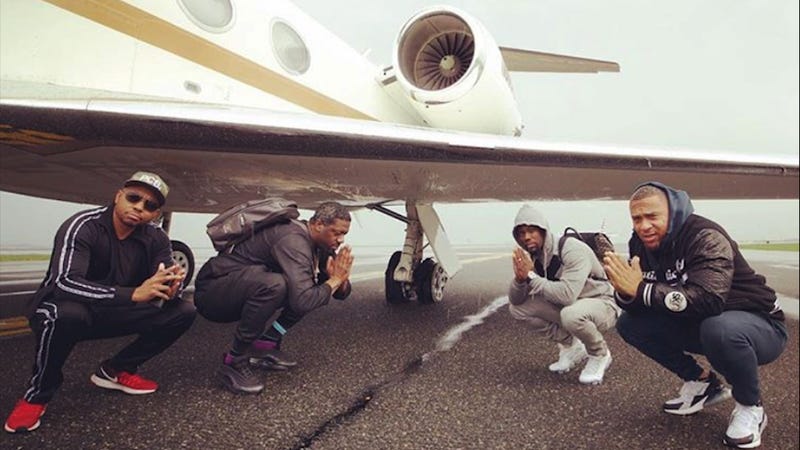 Comedian Kevin Hart wasn’t laughing when he was involved in a scary emergency when the tire of his private plane blew out while landing at Boston's Logan Airport on Thursday afternoon (5/3).

Hart, who was in Boston to attend game two of the Celtics versus 76ers playoff game, reported live from the tarmac on social media explaining what had happened.

"Woooo! Your boy got angels on his back. I got real life angels on my back," Hart said on Snapchat after the incident.

He later wrote on Instagram that their pilot handed the situation perfectly -- and luckily no one was harmed.