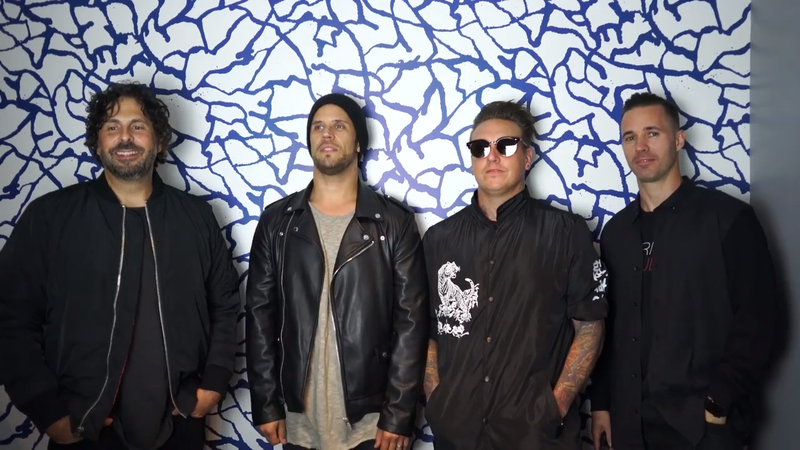 Not too long after Papa Roach released Crooked Teeth last year, Jacoby Shaddix and the rest of the guys announced that they already had six tracks ready for their follow-up album.

Roughly a year after that announcement, fans are finally getting just a taste of what to expect from the upcoming, yet-to-be-titled album (though some reports say the band will name the album after the track "Who Do You Trust?"). The band has already dropped two of the upcoming release's singles, "Renegade Music" and "Who Do You Trust?," the latter of which also came with a socially-engaging and hilarious music video.

The song is a pretty poignant message about all of the information, and misinformation, available today, all while asking a pretty basic question: who do you trust?

Meanwhile, check back with us soon for the "Renegade Music" video, as well details on the upcoming album.