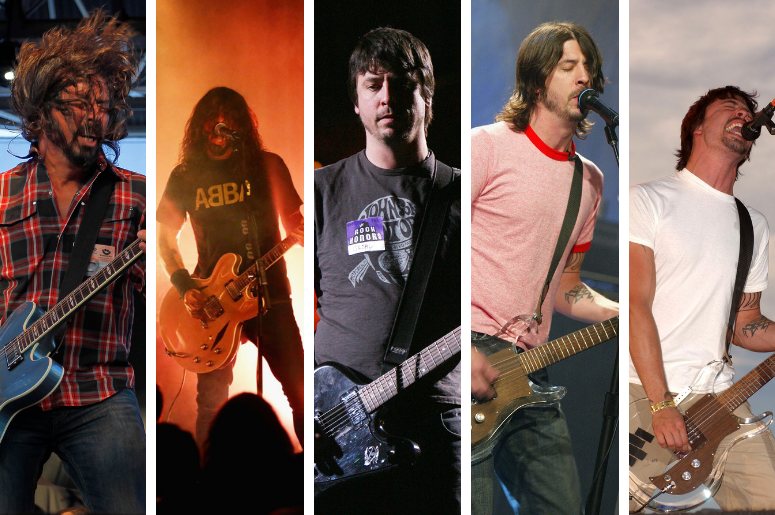 So without any further delay, in celebration of his 50th birthday, here are our Top 10 Dave Grohl moments of 2018:

You really never know what will happen at a Foo Fighters concert. A lot of that probably has to do with the 50-year-old just being himself, but sometimes it has to do with his rabid fans. Of course, even when the crowd isn't made up of diehard Foo fans, Grohl still manages to roll with it. Like this amazing moment from last week's Consumer Electronics Show in Las Vegas.

Dave Grohl Invites Blind Child to Side of the Stage

What most people love about Grohl, whether they're big fans or not, is just how normal and cool the former Nirvana drummer always seems to be. For instance, back in October, Grohl invited a blind child and his parents to the side of the stage during a show and then, mid-song, allowed the young man to touch Grohl's guitar.

Most people probably know about Dave Grohl's passion for being a good human. But maybe not too many people are fully aware of Grohl's passion for BBQ. As parts of California were dealing with devastating wildfires last year, Dave Grohl just did what Dave Grohl does. He pulled his Backbeat BBQ truck into Los Angeles and started serving up some meat.

Dave Grohl is a dad, so he probably has to make a craft store runs every now and then, right? But all the credit to Grohl for being up to take a photo with fans anywhere. Literally, anywhere.

Dave Grohl Leaves the Most Metal Bar Tip Ever

This was one of the most viral Dave Grohl moments of 2018. When the rock-god got a bill for $333 from the bar, he did what Dave Grohl does and left a tip that would make his total bill the envy of every heavy metal band on the planet.

Bringing people up, especially young fans, is kind of a thing with the Foo Fighters. Of course, there are times when Dave Grohl has to point out that some fans, no matter how great they are, have overstayed their welcome. Case in point, the 8-year-old drummer dubbed 'Little Fonzie.'

Dave Grohl "Falls" Off Stage Just to Mess With Fans

Maybe it's his ability to laugh at himself that makes Grohl so relatable to fans. In fact, following that 2015 incident when Grohl broke his leg during a show, but continued the tour, the epitome of a rockstar would repeatedly prank fans, including most notably when the band returned to the scene of the fall for the first time since it happened.

Having your own 'Dave Grohl experience' is probably one-part having Grohl notice you and one-part doing something Dave likes. Like, say, being able to hang with the whole band on stage during a performance of a Foo Fighters hit.

There a couple things that are sort of standard for Dave Grohl and things we expect to happen. One is he'll probably have a beer from time-to-time. Another is that there is always a chance he'll fall off stage. And sometimes those two things just happen to go hand-in-hand.

There you have our favorite 10 Dave Grohl moments of 2018 in celebration of his 50th birthday. Happy birthday, Dave. Here's to another 50 years of as Dave Grohl as you possibly can be.