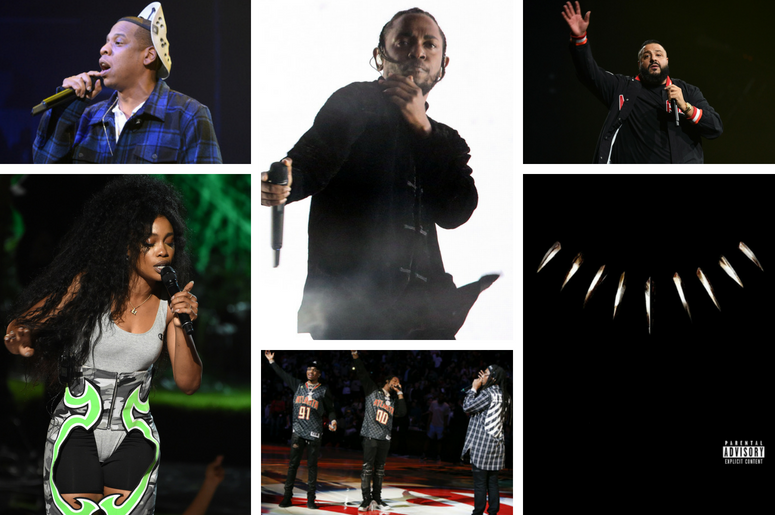 This is actually only the second year that the BET Awards has given out Album of the Year honors. Beyoncé picked up the inaugural award last year with Lemonade. But this year JAY-Z will look to keep the award in the family with his album, 4:44. Hov will have to beat out some stiff competition, including DJ Khaled, Migos, SZA, and a pair of nominees (sort of) from Kendrick Lamar.

DJ Khaled's 10th studio album was, by most accounts, his best work yet. The hip hop producer featured a massive list of superstars and a pair of singles that almost instantly went Platinum in "I'm the One" and "Wild Thoughts."

Atlanta's hottest hip-hop trio, Migos, did not disappoint with their follow up to 2017's Culture. In fact, Culture II delivered just as many bangers, as well as a track with BOTH Nicki Minaj and Cardi B.

SZA's Ctrl was perhaps the biggest surprise in all of hip-hop and R&B when it dropped last year. So far it has two Platinum singles in "Love Galore" and "The Weekend."

Kendrick Lamar released what many people have called the best hip-hop album of the last decade with DAMN. The album was so well received by fans and critics that it won a Pulitzer Prize.

JAY-Z's 13th solo album has been hailed by critics has a beautiful, heartfelt, and deeply introspective open-letter apology to his wife, whose Lemonade album implied that Jay had been unfaithful.

BET's Album of the Year Award is still new, but it may do something in year two that the GRAMMY Awards waited two decades for. Black Panther: The Album, the soundtrack to the blockbuster movie, which was curated and produced by Kendrick Lamar, could take home the honors, thanks in large part to some incredible collaborations from K. Dot, SZA, The Weeknd, and more.

Now we want to know what you think. Take our poll below and then be sure to watch the BET Awards on Sunday, June 24.