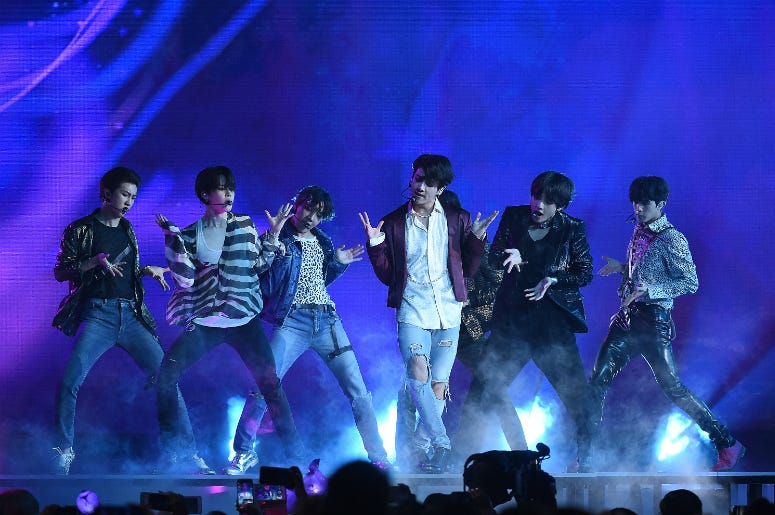 The wildly popular BTS documentary Burn The Stage is heading to big screen near you.

The 2017 documentary, which was originally released as an 8-part series on YouTube, has since been edited down to an 85-minute film. The cinematic version is now slated for release on November 15.

The film follows the record-setting K-Pop icons on last year's tour, as the group prepared to break out big in the U.S. with hits "DNA" and "Mic Drop." The soard even higher in 2018 with both "Fake Love" and "Idol." The latter even got a Nicki Minaj remix and triggered an international 'Idol Challenge.'

So, while we all wait until November 15, how about we watch this video from that time we got BTS to react to everything from Taco Bell to Michael Jackson using only emojis: