By their own admission, the Recording Academy has struggled to get in lockstep with nation's most listened-to genres of music - hip-hop and R&B. 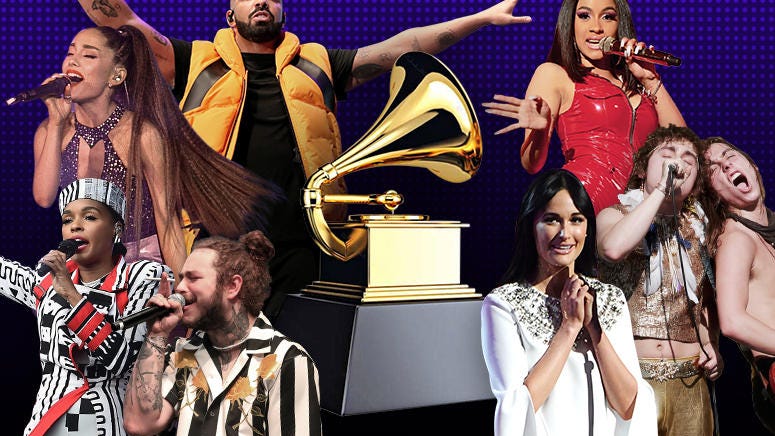 However, at this year's 2019 GRAMMY Awards, it was hip-hop and R&B that led the way. As many predicted, Cardi B took home the GRAMMY for Best Rap Album with her debut Invasion of Privacy, and Childish Gambino, aka Donald Glover, took home both Record of the Year and Song of the Year for his "This is America."

Cardi lost Album of the Year to Golden Hour by Kacey Musgraves, but did beat out an impressive list of hip-hop stars for Rap Album of the Year, including the late Mac Miller and Super Bowl halftime performer Travis Scott.

On the smoother side of the evening, H.E.R. picked up two GRAMMYs last night, one for Best R&B Album and the other for Best R&B Performance. H.E.R. and rising R&B duo Chloe X Halle were nominated for Best New Artist, but all lost to Dua Lipa.

Check out our complete list of winners from the 61st Annual GRAMMY Awards here.