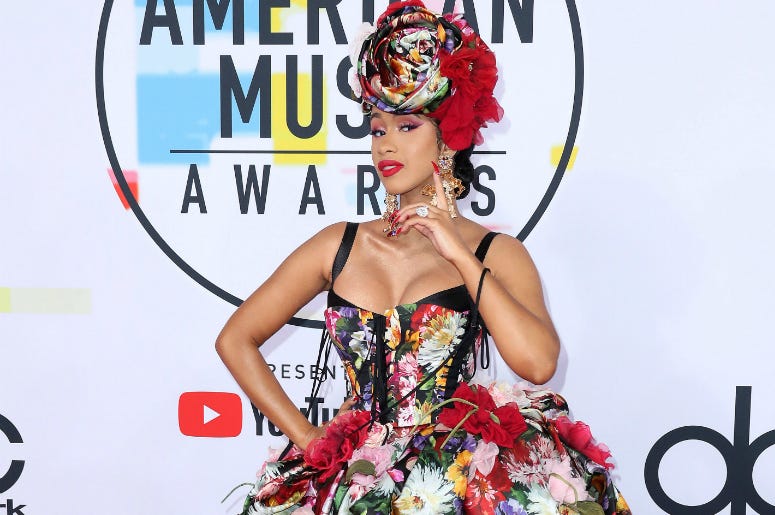 Brand new mama Cardi B proves she's more than just a flash in the pan with her latest guest spot on the El Alfa track "Mi Mami."

The Dominican rapper recruited the Bronx rhymer for his new Spanish-language single, which also got a colorful music video to go along with it. Cardi teased the track on social media over the weekend:

Meanwhile, there's little doubt that this track is a banger. It also clearly shows that Cardi is a skilled MC as she steadily raps in either English and Spanish. Check it out:

Cardi herself is bilingual, and has said recently that she would like her 3-month-old daughter, with fellow rapper Offset, to learn Spanish.

This isn't the first time Cardi has teamed up with a Spanish-language star. The hit single "I Like It," off her debut album Invasion of Privacy, featured global superstars Bad Bunny and J Balvin.