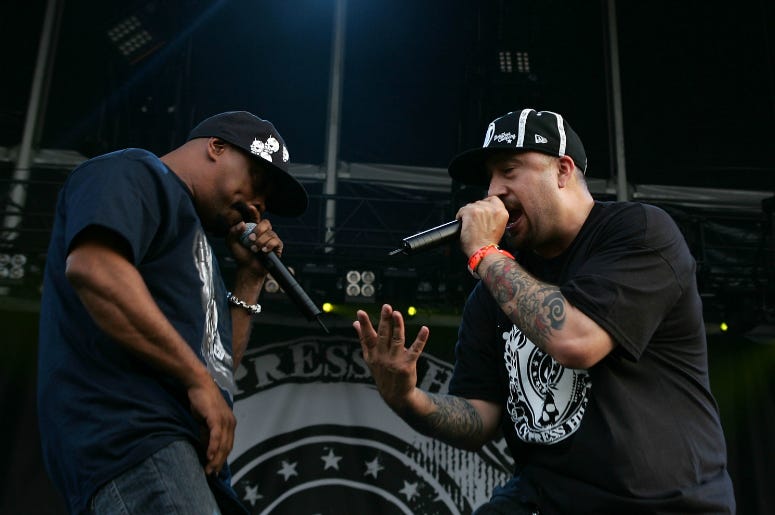 Here is something you can't understand... Cypress Hill have a new album coming out, maaaaan!

Yup, the iconic Latino hip-hop crew from California is back with a new song and a brand new album on the way. Despite B-Real already fronting supergroup Prophets of Rage, he has apparently found the time to get back together with Sen Dog, DJ Muggs, and Eric Bobo for the new project called Elephants on Acid.

The album is set to be released in late September, and will be the group's first release together since 2010's Rise Up.

Meanwhile, the guys dropped the album's first track, "Band of Gypsies," earlier this month. It's a solid Cypress Hill track with a lot of Middle Eastern vibes, including an intro and hook from Egyptian artists Sadat & Alaa Fifty Cent. Check it out:

Muggs, who returned to producing for the group's ninth studio album, recently told Rolling Stone that jazzy, woozy vibe was inspired by Psychedelic rock, saying he wants listeners to feel like they're on drugs.

He also told the magazine that "Band of Gypsies," as you can probably tell, is heavily influeneced by the sights and sounds of Egypt. In fact, Muggs said he actually found street musicians and invited them into the studio.