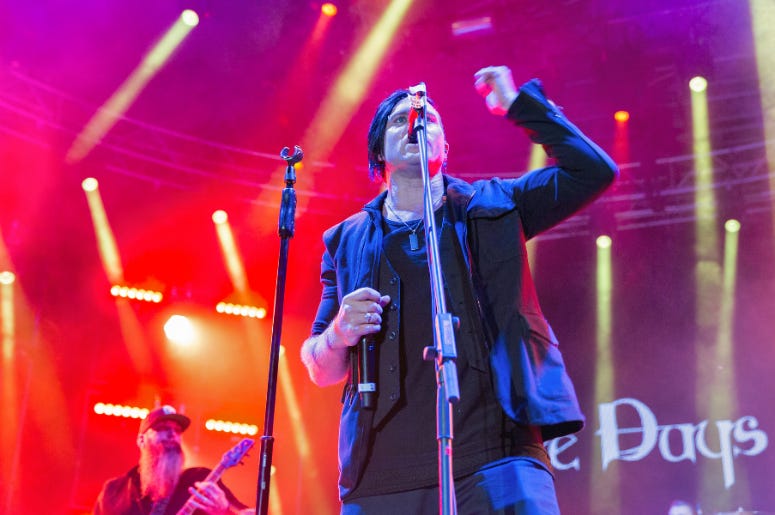 Ask veteran rockers Three Days Grace which bands just straight up blow their minds, and you'd expect them to name-drop System of a Down, Avenged Sevenfold, A Perfect Circle, or maybe even some obscure Canadian death metal band that no one south of Yellowknife has ever heard of. What you maybe wouldn't expect is this response:

Own it, Brad! Of course, following her GRAMMY performance with Metallica last year, the Canadian rockers might be onto something? And, perhaps, maybe we should all admit that Lady Gaga is kind of a badass, eh?

Lady Gaga fan or not, you are definitely a Three Days Grace fan, right? And you definitely want to get your hands on their latest album, Outsider, right? Of course you do.

In addition to the smash hit single "The Mountain," the new record features a legit anthem for those of us who own our individualism, "I Am An Outsider" -- which, by the way, if you've ever wanted to walk around screaming "I don't care about the in crowd," take a listen to this track right now and your wish will be immediately granted:

Catch Three Days Grace on tour this spring and summer with the aforementioned Avenged Sevenfold and Prophets of Rage. Plus, make sure check back with us later this week for plenty more from our EXCLUSIVE sit-down with the band.