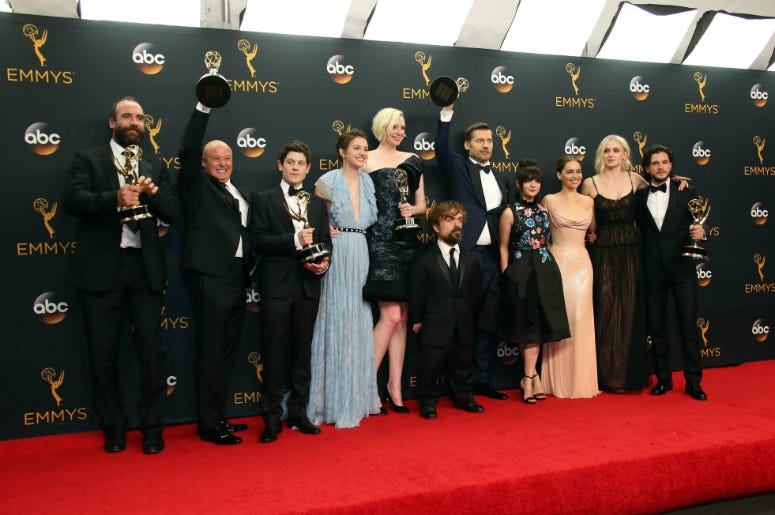 Okay, Game of Thrones fans, that reunion that we thought was going to happen is happening!!!

One catch though, it won't be on HBO. Entertainment Weekly has confirmed that a Game of Thrones reunion special, including a number of long since departed cast members, will be part of a post-finale, complete series box set expected to be out sometime next year.

GoT returns to HBO in April for its final season, and will feature one of television's most anticipate battle sequences ever! Pete Dinklage, who plays Tyrion Lannister, has said that the battle against the Army of Dead will be something no fan should miss.

Of course, that epic finale should answer fans' big, giant questions of who will rule Westeros? Earlier this month we put that question to you, and here is what you said:

Roughly 6% of you picked "other." Most of those entries were made up of Jon Snow and Daenerys Targaryen together or their child.