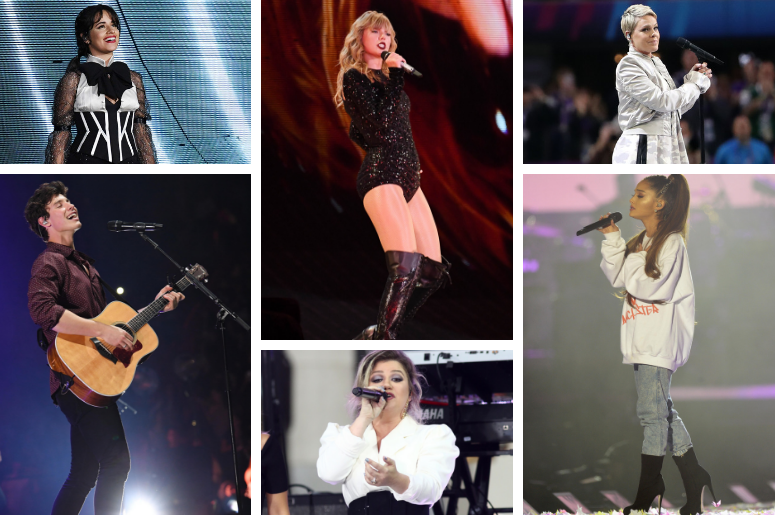 The 61st Annual GRAMMY Awards are less than one month away and we want to find out who YOU think will win.

Legends, queens, and heartthrobs all find themselves vying for the Best Pop Vocal Album GRAMMY award, but who is the most deserving? Is it relative newcomers Camila Cabello and Shawn Mendes? Or, maybe it's pop icons Taylor Swift, Kelly Clarkson, or P!nk? Or, perhaps its current chart queen Ariana Grande... you decide.

The ex-Fifth Harmony member's debut album was basically a hit before it was even officially released thanks to "Havana," which dropped roughly four months earlier.

While the 20-year-old Canadian couldn't get Drake out of his head in 2018, none of us could get the lead single off his self-titled debut out of our heads... or our blood.

The reigning queen of pop's sixth studio album and supporting tour shattered records and cemented her Reputation as a music icon.

The American Idol winner-turned-international-superstar is an ever-evolving hitmaker, which is why her soul-infused eighth studio album netted her a 15th GRAMMY nomination.

Pink's seventh studio album, her first in five years, proved both that the edgy singer hasn't lost a step and that motherhood suits her beautifully.

In year filled with highs and lows, love and loss, the young pop princess, arguably, made her biggest impact with her hit-filled fourth studio album.

So which one deserves to go down in the books as a GRAMMY winner? You decide: