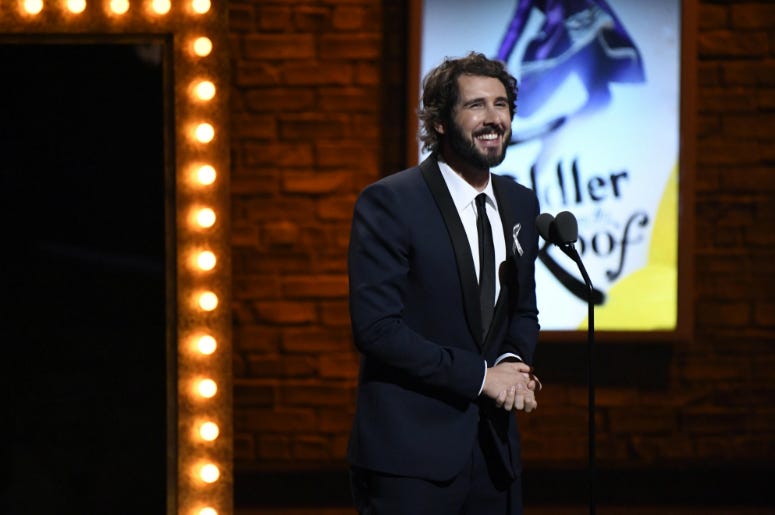 Singer-singwriter (and amateur comedian) Josh Groban is revealing new details about his upcoming album, including some surprise collaborators and a couple can't miss covers.

Bridges is set to be released on September 21. It'll mark Groban's eighth studio album and will feature duets with the likes of Andrea Bocelli, Jennifer Nettles of Sugarland, and Sarah McLachlan. The "You Raise Me Up" singer will also cover Simon & Garfunkel's "Bridge Over Troubled Water" on the standard version and Billy Joel's "She's Always A Woman" on the deluxe edition.

Here is the complete tracklisting for Bridges, including the deluxe edition tracks in bold:

Groban will hit the road in October. But if you can't get enough Groban, you can catch him in the new Netflix series "The Good Cop." Check out the trailer below: