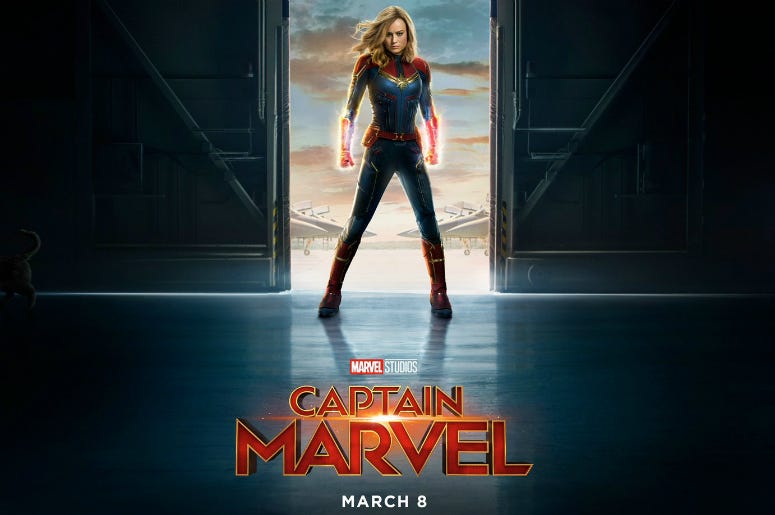 Just as movie fans appear ready to return to the Marvel Cinematic Universe, we have the official first trailer for Marvel Studios' upcoming Captain Marvel film.

The next installment in the massive movie franchise picks up well before where the last film, Avengers: Infinity War, ended. Brie Lason joins the MCU as Captain Marvel's title character, a.k.a. Carol Danvers. Check out the first official trailer below:

Captain Marvel is set to hit theaters nationwide on March 8, 2019. Meanwhile, as some of you may have noticed at the end of Avengers: Infinity War, Danvers is expected to feature prominently in the next Avengers film. But first, she'll have to return to earth in her stand-alone film. In addition to returning to Earth, here are three things to take away from the trailer:

Comic history labels Danvers as Marvel's biggest female hero and possibly the mightiest Avenger. It also tells us that Danvers was originally an Earthling in the U.S. Air Force who becomes Captain Marvel. But, as we see from the trailer, she is now returning to Earth. But why?

2) She Appears to Already Be Captain Marvel

We know Jude Law will play Mar-Vell, the original Captain Marvel in the comics, in the upcoming film. We also learn from the trailer that Danvers returns to Earth as Captain Marvel, or at least with superpowers. What we don't know is if she needed the powers to return to Earth.

3) We Get a Sense She's Looking for Someone

In the short trailer it appears as if Danvers/Captain Marvel is searching for someone or something. We also see that she meet someone we're very familiar with, albeit a much younger version than we're used to seeing, in Nick Fury. Of course, that brief scene immediately explains why we were led to believe Fury was sending a message to Danvers at the end of Avengers: Infinity War.