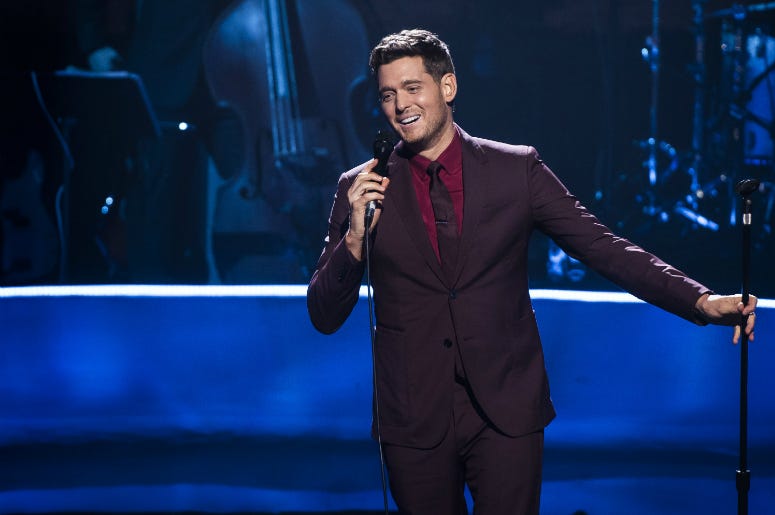 Around the time Canadian crooner Michael Bublé released his last album in 2016, he also announced that his family was dealing with something much larger than music.

Roughly two years ago, Bublé put his career on hold after his oldest son was diagnosed with cancer. The heartbreaking news triggered an outpouring of love and support from the 43-year-old's fans. Now, with his son reportedly doing much better, Bublé is back with a token of his appreciation.

The singer announced that he's releasing a brand new album called Love, stylized as ❤️ (heart emoji), on November 16. While Bublé contemplated never making music again, he's calling this album a thank you to the fans who showed him and his family nothing but love.

The first single from the album, "When I Fall In Love," is already trending on YouTube. Take a listen below:

In addition to a number of Bublé's standard jazz-inspired covers, the album includes the track “Love You Anymore,” written by Charlie Puth, and a new original track titled "Forever Now." You can pre-order Love by clicking here.